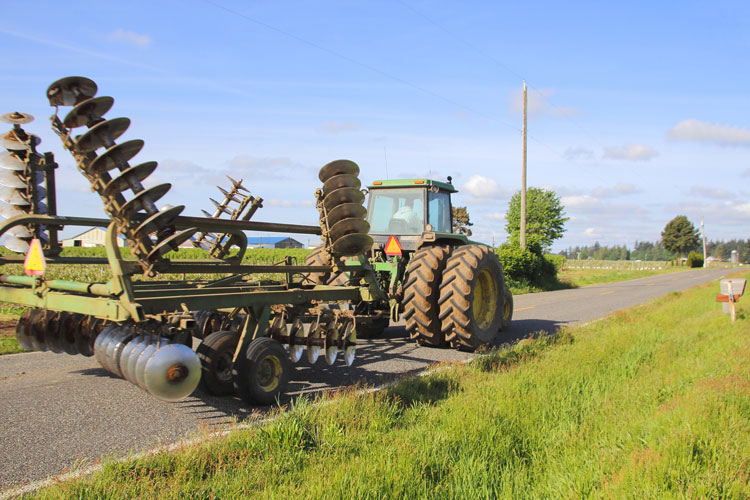 Farm work often requires road travel, whether it is driving equipment from field to field, trucking animals from one location to another, or hauling milk. Some dairies may even do custom cropping or hauling as part of their business. While these trips are necessary, they can also become hazardous.

“Trucking and putting equipment on the road is the biggest liability risk you face,” said Purdue University’s Fred Whitford in a presentation during the Midwest Forage Association’s virtual annual meeting.

Whitford has studied transportation for years, and during his talk he shared several serious accident scenarios involving agricultural vehicles. He uses these stories in an effort to educate farmers on steps they can take to lessen the impact of accidents or potentially avoid them all together.

For starters, he said to make sure vehicles are ready for the road. Encourage family members or employees to report any truck problems so that they can be fixed. Whitford said to consider third-party annual inspections to make sure everything is up to par, and keep detailed maintenance files, either on paper or electronically.

He also said to make sure equipment is properly marked. “You need to have that slow moving sign, and it needs to be very clear, not faded,” he noted.

In addition, he recommended talking with your insurance agent to make sure your coverage is appropriate for the work you do.

If an accident occurs, Whitford said it is alright to see if the other driver is okay if you are able, but don’t talk to each other. Instead, communicate with the sheriff, police officer, or other rescue personnel on the scene. He said to ask law enforcement to file an accident report if they don’t automatically.

If anyone from your crew is involved in a crash, Whitford said as a supervisor, you must go to the site. “It’s important that you go to the scene because a minor wreck can lead to major lawsuits,” he explained.

He said to talk with your employee who was driving and have them write down what happened or record the conversation that takes place. “After a couple of days, people start to forget the details and the facts get muddled,” he said.

Whitford also recommended taking as many photographs at the site as possible, since it can be years before an accident claim is officially settled, either for you or against you. “You can never have too many photographs,” he said.

He said the driver should take a drug and alcohol test after the accident. Also, notify your insurance carrier sooner rather than later that the accident occurred.

Whitford emphasized the seriousness of vehicle accidents. “When you get involved with an accident, it’s going to last a long time. You don’t want to hurt anyone. You don’t want to be hurt,” he said. “The days of spending five minutes doing a safety inspection is over. We need to put out good trucks with good drivers.”