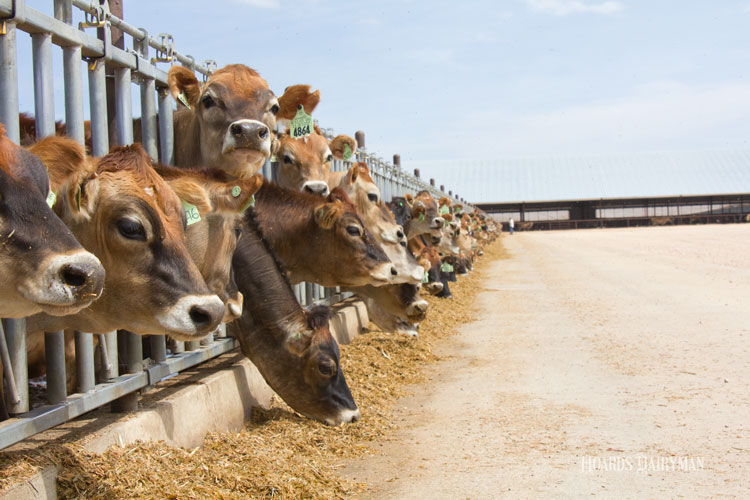 The Lone Star State continued its meteoric flight path on milk production as its 360 dairy farms collectively produced nearly 1 billion pounds of new milk in back-to-back years. During that two-year window, those Texas farms added 58,000 cows to the state’s dairy herd. For added perspective, this 2 billion pounds of new milk nearly matches the total output of either Florida or Utah — the No. 20 and No. 21 dairy states, respectively.

Proving true to its “Everything’s bigger in Texas” reputation, the state’s dairy farmers actually have led the nation for four straight years in new milk, adding 798 million pounds in 2018 and 1.3 billion pounds in 2017, according to USDA data by the National Agricultural Statistics Service.

When it began this four-year, national-leading growth phase, the state produced 10.7 billion pounds of milk. After last year’s tally of 14.8 billion pounds, the Lone Star State is now knocking on New York’s dairy door. In 2020, the Empire State ranked No. 4 for U.S. milk flow with 15.3 billion pounds.

More milk per person
The milk metrics in Texas helped propel its “milk produced per person” from 426 pounds to 505 pounds in the 2017 to 2020 window. Even though the state’s milk production climbed by 79 pounds per person, Texas retailers still must purchase out-of-state dairy products to meet its consumers’ needs. That’s because 8% of all U.S. citizens live in the second-most-populous state in the nation.

If Texas could keep up these rapid growth rates, it could become a net dairy product exporter in short order by passing the 600-pound-per-person threshold.