Their cows are less stressed and healthy 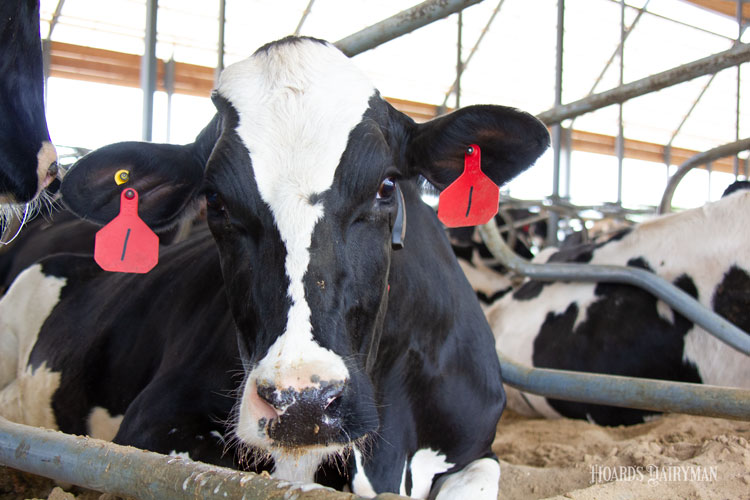 While automated milking systems sound appealing in many aspects, it takes careful consideration to determine if robotics are the right fit for a dairy. Adoption has been more widespread among smaller farms, but the technology has been integrated into larger herds more slowly.

During a panel discussion at the California Dairy Sustainability Summit, a group of Golden State dairy farmers talked about robotic milking. Two of the dairymen, Jon Postma and David Jones, have been using automated milking systems to milk part of their herds for the past few years, and during the discussion they shared improvements they have noticed in their robot-milked cows.

Postma farms near Modesto, Calif., with his dad and brother. They milk about 2,200 head; 600 of those cows are milked using robots.

As for production, Postma reminded the audience that the change in milk volume is dependent on whether cows were previously being milked 2x or 3x. “We were a 2x dairy, so our cows obviously went up in production, as we were getting an extra 0.7 or 0.8 milkings per cow per day,” he said.

“Production also went up because of the environment in the barn,” he shared. For example, he said that they are able to dial in on the rations. He also commented on the overall reduction in stress.

“Cows are not getting pushed up to a holding pen every day. It’s all voluntary in our facility,” he explained. “These cows are able to do what they want. The stress level is significantly lower.”

Milk quality is similar to production in that it depends what somatic cell count level the herd was at prior to the transition and the farm’s goals. “We try to do the best that we can, and we didn’t see a significant impact on milk quality,” Postma said. They currently run at a 120,000 somatic cell count in both their robotic and conventionally milked cows.

Postma said the biggest benefit of robotic milking has been overall cow health, and he returned to the positive attributes of less stress.

“The cows overall do better in the robotic facility, and the number one reason is stress. Those cows are not being forced to do anything at any specific time,” he said.

Postma said with confidence that cows in robotic facilities will last another half lactation, if not a whole lactation. “That’s a significant amount of money,” he noted. “The longer we can keep cows around, the quicker you are going to get the robot paid for.”

More opportunities with robots
Another panelist was David Jones, who farms with his family near Stevenson, Calif. A portion of their 800-cow herd is milked with robots.

He explained that the “robotic effect,” including no holding pen waits and reduced stress, bundle together to make more milk in their robotic strings. He noted that their milk quality is also even with the conventionally milked cows.

He said reproductive health has improved, including one less service per conception and higher pregnancy rates. In addition, they have been able to reduce their involuntary cull rate by 7%.

He recognized that these changes don’t just happen overnight. “You don’t just plop a robot down and create more milk,” he explained. “It is management and creating more comfort for the animals. But there are incredible opportunities and more levers you can pull with a robotic facility that you just don’t have in a conventional system.”