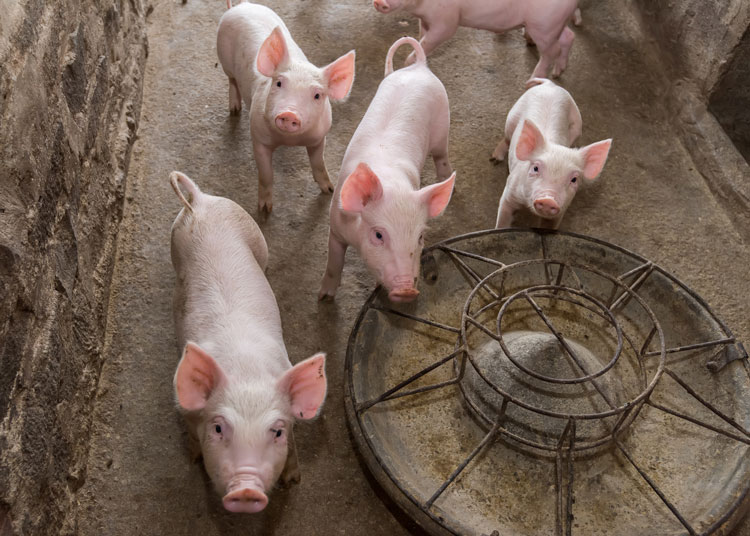 Dry whey prices are at their highest levels since late 2014 and they are adding about $2.74 to the price of Class III milk. The biggest driver behind the higher prices is extremely strong Chinese demand for whey products with roughly half of the imports going into hog feed.

To get a better handle on the demand situation, I try to track the number of pigs in China and make estimates about how much dry whey, permeate, and lactose is being fed to them. However, private estimates of the herd size have diverged significantly from official government numbers this year and the impact on herd numbers from a second wave of African Swine Fever (ASF) isn’t clear. That makes me nervous about my swine herd estimates for the country and makes me question my demand forecasts, so I have been looking for other indicators that might help predict Chinese whey product demand for hog feed. 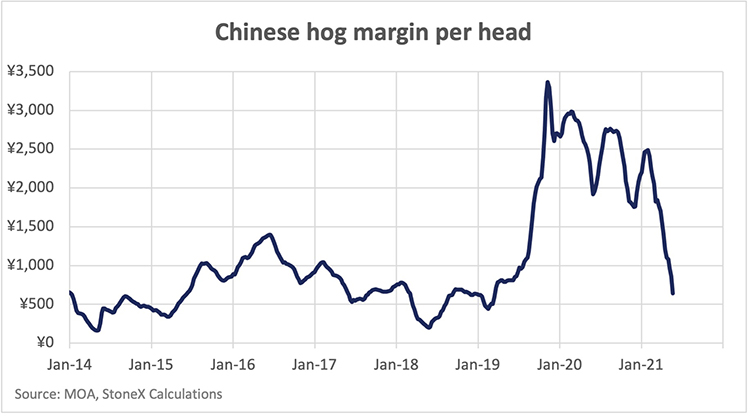 Hog markets are in flux
We’ve heard anecdotally that some Chinese importers are pushing back at current whey prices arguing that hog margins are falling, and they can’t pay current dry whey prices. To gain deeper insight into the hog market, I turned to my colleague Dustin Winston, who spent a summer working for a major pork producer. He was able to help me create some estimated gross margins for hog farmers in China.

The hog margin is the difference between the current pig price and the initial cost of the piglet, along with 16 weeks’ worth of feed (corn and soybean meal), that would have been fed to the piglet to bring it up to market weight.

The margin has dropped 74% since late January as the price of hogs has collapsed and feed costs have stayed near record highs (at least back to late 2012, which is far back as our data goes). The decline in hog prices is reportedly being driven by heavier pigs, a rush to send pigs to slaughter to avoid a resurgence of ASF, and a slump in pork demand. But again, I’m playing in someone else’s sandbox here, maybe the real reason(s) for the drop in hog prices are tried to something else.

First, Chinese demand is not the only thing that drives global dry whey prices, so it makes sense that they don’t directly correlate well over the long run. Import volume correlates a little better than the dry whey price but there are years when it doesn’t line up well either. I did find a decent correlation between my estimated amount of whey products fed per pig (inclusion rate) and the hog margin. 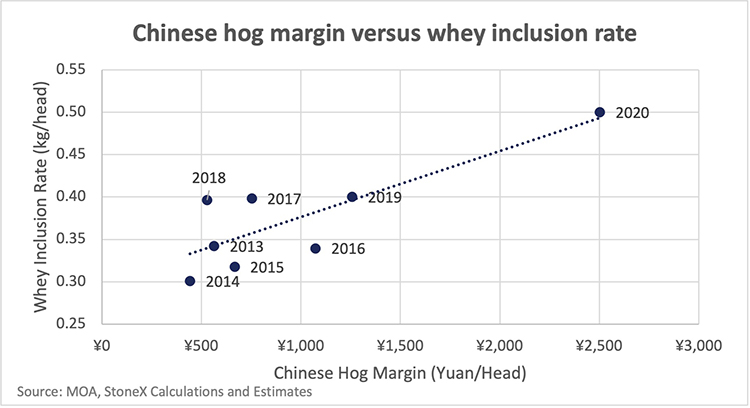 However, the decent correlation between margin and inclusion rate is mostly due to 2020 being a historical outlier. If you removed 2020, the correlation wouldn’t look so good. For instance, hog margins were roughly the same in 2014 and in 2018 but estimated inclusion in 2018 was 30% higher than 2014, which brings up another point.

A systemic shift
Another colleague, and the newest addition to our U.S. team, Gavin McPherson, argues that the Chinese hog industry has rapidly transitioned from small to very large hog farms in recent years and these industrial-scale farms are more likely to be using whey products. Due to this structural change in the Chinese hog industry, we might not be able to find statistical relationships that hold up well over the past 8 years.

Why do they include whey products (dry whey, dry permeate, and lactose) in hog rations?

It does not look like it cheapens the ration, at least our simple ration. From the research we looked at you can substitute dry whey for corn on an almost 1 for 1 basis, but in the past eight years, dry whey has been anywhere from 20% to 400% more expensive than Chinese corn. The protein in dry whey can offset some of the protein from soybean meal, but it is also much more expensive per pound of protein than meal. The whey products are typically mixed into the ration for a few weeks just after the piglet is shifted from weaning to concentrated feed. So, I think it helps to transition from the mother’s milk to the concentrated ration, but Dustin and I are still trying to figure out the exact benefits and why it is economical to include.

I have watched presentations by other dairy analysts, and they will bring up something like rising oil prices, logistics issues, or the spread between protein and fat prices and they will say something like “I’m not exactly sure what this means for dairy prices moving forward.”

Why bring it up if you don’t know what the impact will be? It’s your job to figure it out.

I feel bad saying it, but I don’t know if the collapse in Chinese hog margins is really going to have an impact on whey product prices or not. Presumably, the lower margins mean fewer hogs will be raised, which means demand for whey products will be lower than it would be with really profitable hog margins. However, with the structural changes in China’s market, we can’t say that for sure. What I can say is that permeate and lactose prices have not followed dry whey higher in recent months, so I think we can say that permeate/lactose is probably a better value in the ration, and we should see dry whey imports cool (at least a little) and demand shift toward permeate. 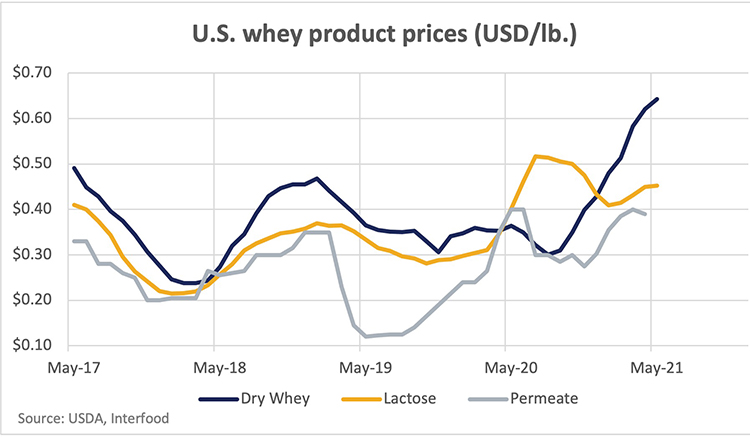 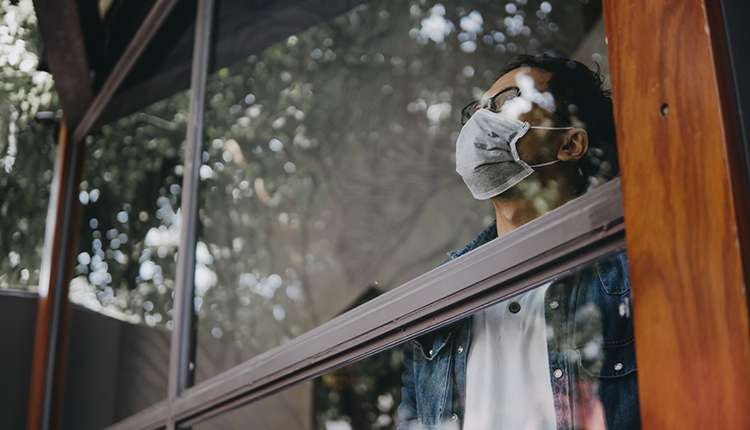 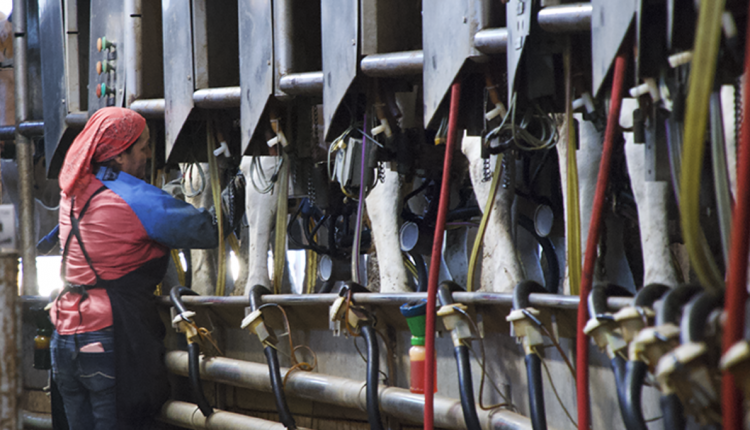 Hoard's Dairyman Intel
Just how much could US milk and cows grow?
-
comments powered by Disqus