Silage inoculants: a must in a dry year 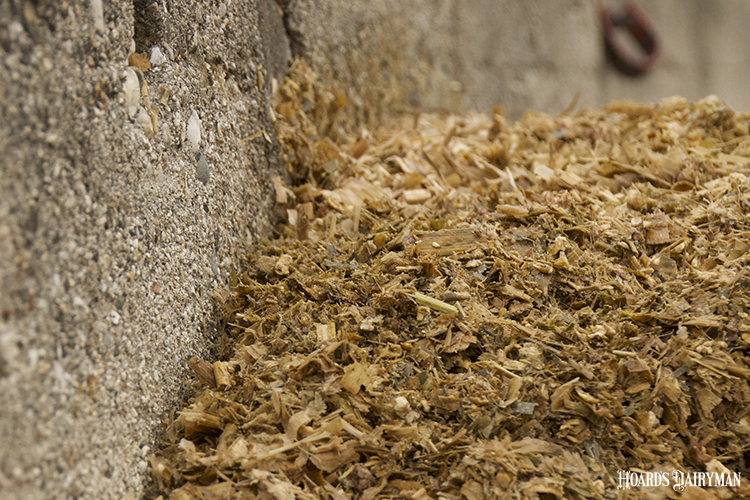 It’s the time of the year to start thinking silage again. This one is also a particularly difficult year in some parts of the country due to the weather. Plants are suffering from warm, dry conditions and so are the native bacteria that live on them. This will create challenges to obtain an adequate silage fermentation. This will take place in a year when good forage is critical to reduce the use of expensive concentrates.

The science on which inoculants is based is sound. The proper bacteria help with the fermentation and conservation of the silage. Why can the results be variable?

For bacterial inoculants to work, they need to take over the fermentation of the native microorganisms on the forage. In addition, the inoculant needs to be applied homogeneously and at the right concentration. During good years, there are massive numbers of native bacteria (epiphytic) on the plants, in addition to spores from the previous season remaining on the harvesting equipment. The opposite happens during dry conditions that reduce their viability.

Standing forages contain an abundance of microorganisms such as bacteria, yeasts, and molds; we want a proliferation of good bacteria and inhibition of the last two groups. One of the most extensively studied genus are the homofermentative lactobacilli (produce lactic acid only). Another bacterium, Lactobacillus buchneri, is heterofermentative (produces lactic and acetic acid), allowing a better feed aerobic stability at feedout.

While the main purpose is obviously silage preservation, there are other aspects that one may be looking for, such as reduced aerobic deterioration at feedout and/or improved fiber degradation of forages. The combination of homofermentative and heterofermentative bacteria with sometimes the addition of fiber-degrading enzymes has been able to accomplish this.

Most silage inoculants have combinations of homofermentative bacteria. The most popular homolactic fermenters are Lactobacillus plantarum and acidophilus, Pediococcus acidilactici and pentosaceus, and Enterococcus faecium. The combination of more than one species allows for synergistic actions.

Enterococci, for example, have the fastest growth followed by pediococci and then lactobacilli. Similarly, their tolerance to different dry matter conditions and a range of optimal temperatures and pH for growth allows them to complement each other. Enterococcus species and Pediococcus species, for example, tolerate higher dry matter and grow more rapidly than Lactobacillus.

One other Lactobacillus species used is L. buchneri, recommended for grass, corn and legume silages, and high-moisture corn. This bacterium improves the aerobic stability of silages by inhibiting the growth of yeasts, resulting in less organic matter losses and less heating at feedout. The difference with the ones mentioned before it is that it is heterofermentative, producing more also acetic acid during the fermentation.

Other additives of interest are enzymes that digest fiber and starch. These may be single enzymes, or their combinations to degrade more than one type of carbohydrate. The enzymes degrade plant cell walls, allowing the bacteria to access the cell contents faster and reduce the pH of the silage.

The most popular have been cellulases, hemi-cellulases, and xylanases, which increase the concentration of lactic acid in relation to acetic, thus improving the efficiency of fermentation. In addition, the rapid pH reduction inhibits proteolytic enzymes, and thus ammonia release, which would negatively affect palatability and intake.

Are inoculants worth it?

Some farmers would not even think to put up silage without them, others never use them!

Research results are also hit and miss; some show excellent results, some not so much. Oftentimes farmers realize they should have used them once they open the silage at feedout. On a good growth year, and under excellent management, some crops do well without inoculants. Other crops seem to be greater candidates for their use regardless of growing conditions.

The decision of whether to use an inoculant depends not only on the weather but also on how good feed management is in a farm. Using an inoculant will improve the preservation of feed obtained through good management, it will not, however, turn into good feed — one already spoiled by bad feed management. After all, not even insurance companies take high-risk clients!

We also want to make sure we use an inoculant with proven results, backed by sound science, and at the rates suggested by the company. The recommended dose for L. buchneri is 500,000 colony forming units (CFM) per gram of fresh material, compared to the 100,000 CFM suggested for lactobacilli. Anything less than that, and the bacteria in the inoculant will not stand a chance to overcome the proliferation of the native ones present in the forage. There also needs to be enough substrate (soluble carbohydrates) on which the bacteria can feed. If the forage is chopped at a point where it used up most of its soluble sugars, such as in nearly mature corn, then chances are inoculants will not work well; however, neither will the native microorganisms!

Let’s use this example of a cow that increases intake by 4.8% and production by 4.6%.

If we feed that cow 24 pounds of silage dry matter (DM) per day, and the inoculant costs $1 per ton of wet silage, then it would roughly be 3 cents per cow per day in inoculant alone (DM basis). If the cow produces 88 pounds of milk ($14 gross with milk valued at $16 per hundredweight), and increases production by 4.6%, it will produce 92 pounds or $14.70 gross returns in milk. Assuming an efficiency of 1.5, that cow will eat 2.7 pounds more feed, which coincides with the 4.6% increased intake reported by research above. If feed costs $15 per hundredweight, 2.7 additional pounds of dry matter are 40 cents, plus 3 cents for the inoculant, it ends up being 43 cents. If the increase in milk is 64 cents (4 pounds at $16 per hundredweight), then deducting 43 cents will be 21 cents net per cow daily.

Using silage inoculants to try to make up for deficient feed management practices will not pay. However, their use can make good feed management even better but will not turn bad feed management into good feed. There is a solid and extensive body of research that suggests inoculants both as cellulolytic enzymes and/or bacteria improve silage fermentation and utilization. Research results, however, are often variable and so are experiences in the field. It is likely this inconsistency is due to the variability observed yearly in environmental conditions and crop maturity at harvest.

Exporting dairy is not just a hobby
By Alvaro Garcia, Dellait