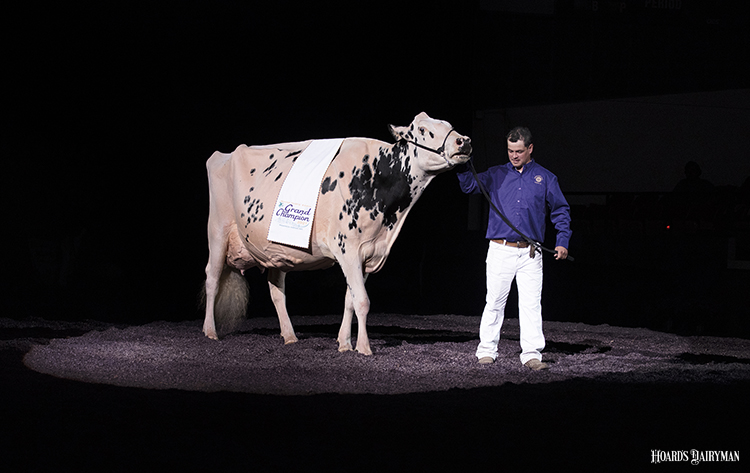 This took place during one streamlined ceremony this year. All four Supreme Champions were named at the same time as the Junior Champion and Grand Champion of both the Junior and Open Shows from all seven breeds paraded under the spotlight and lined up to hear the heavily anticipated results.

Having been named Grand Champion of the Holstein Show just an hour earlier, Erbacres Snapple Shakira-ET stepped back into the spotlight as she earned the title of Supreme Champion of the 2021 World Dairy Expo. She was the winning Six-Year-Old and Older and Senior Champion Holstein. Shakira is owned by Ferme Jacobs, Ty-D Holsteins, Theraulaz, Ferme Antelimarck, and Jacobs of Cap-Sante, Quebec. A cash award, banners, an embroidered sash, a director’s chair, and a supreme blanket were presented thanks to support from many generous sponsors. 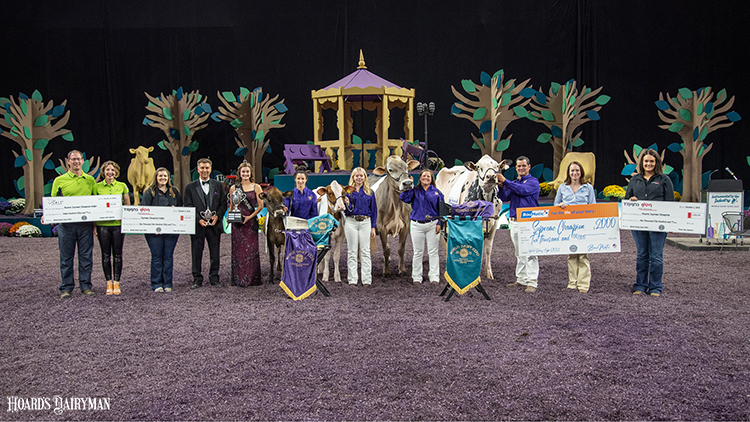 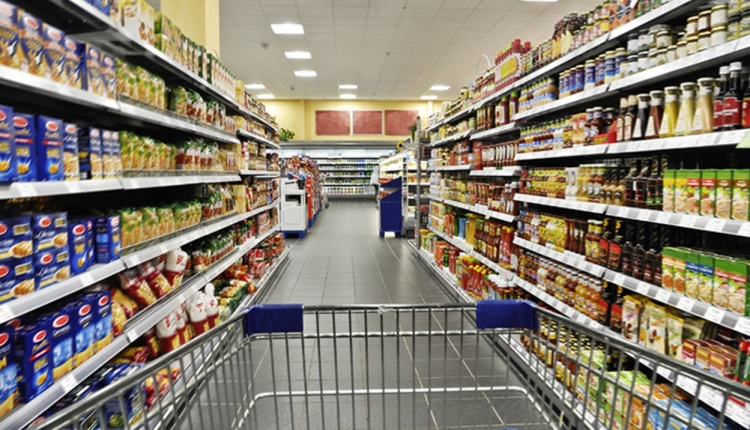