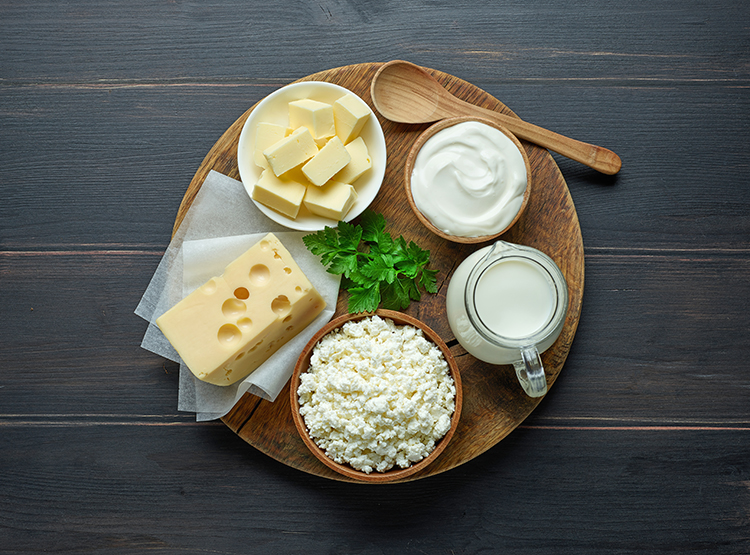 Dairy product consumption continued its growth trajectory despite the pandemic. In fact, American consumers ate more dairy products in eight of the past 10 years.

Known as per capita consumption, the average American consumed 655 pounds of milk in the form of dairy products. That’s according to the 2020 data just released by the United States Department of Agriculture (USDA). 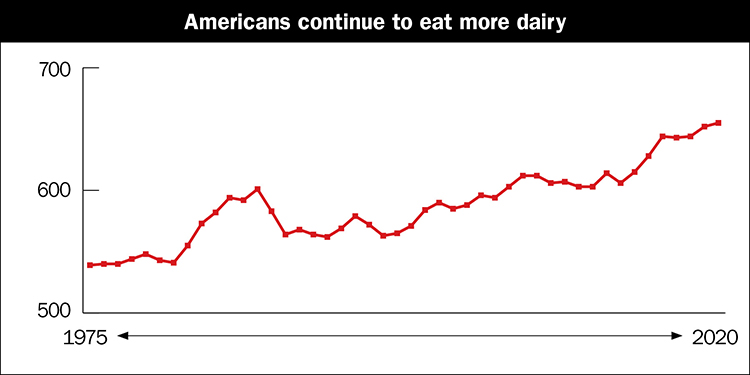 It’s clear that Americans turned to comfort food during the health pandemic as ice cream showed growth for the second straight year . . . growing by 6%. This uptick came after three years of flat or declining sales.

Yogurt consumption grew 3% in 2020. This rebound comes after six years of stalled growth.

Butter continues to boom as it grew 2% in per capita consumption when comparing 2020 to the prior year. The average American consumed 6.3 pounds this past year, according to USDA Economic Research Service’s data on per capita consumption. Overall, butter has held steady or showed positive growth for the past 17 years, dating back to 2002.

Meanwhile, beverage milk held steady in 2020 at 141 pounds per person. When making comparisons, remember that it takes about 100 pounds of milk to make 10 pounds of cheese.