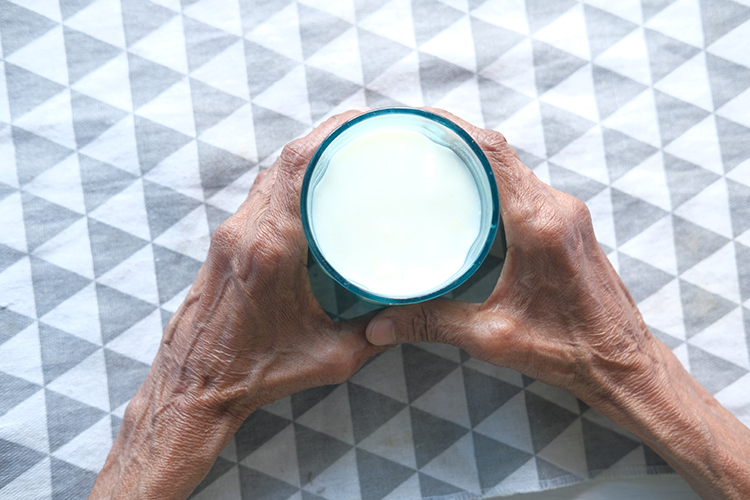 Evidence continues to mount in favor of folks who eat more dairy fats.

The latest research comes from a study involving 4,150 60-year-old Swedish citizens. In conducting the research, scientists tracked this group for 16 years. During that time span, scientists observed how many individuals had heart attacks, strokes, and other serious cardiovascular events.

That nation ranks among the very highest in per capita dairy consumption. Said another way, the Swedes eat a lot of dairy . . . a lot of full-fat dairy.

“When we accounted for known risk factors including demographics, lifestyle, and disease prevalence, the cardiovascular disease (CVD) risk was lowest for those with high levels of the dairy fat biomarker 15:0, while those with biomarker levels around the median had the lowest risk of all-cause mortality,” wrote the research team from the George Institute for Global Health. A full copy of the original research can be downloaded from the PLOS Medicine website.

In taking the research one step further, the team evaluated 18 previous studies involving some 43,000 people from the U.S., Denmark, and the United Kingdom and reconfirmed that there was a link to lower risk of cardiovascular disease when there were higher levels of two dairy biomarkers — pentadecanoic acid (15:0) and heptadecanoic acid (17:0).

In completing their most recent work, the team stated that additional investigation needs to be done. “The findings from our study using fatty acid biomarkers suggest that higher intake of dairy fat was associated with lower CVD risk in diverse populations including Sweden, though more trials are needed to understand if and how dairy products protect cardiovascular health,” the scientists wrote in their paper.

After the paper’s release, lead researcher Kathy Trieu made further comments. “Increasing evidence suggests that the health impact of dairy foods may be more dependent on type — such as cheese, yogurt, milk, and butter — rather than the fat content, which has raised doubts about avoidance of dairy fats overall as beneficial for cardiovascular health,” she shared.

“Our study suggests that cutting down on dairy fat or avoiding fat altogether might not be the best choice for heart health,” Trieu continued in comments made in the CNN article, “People who eat more dairy have lower risk of heart disease.”

As it turns out, dairy fat may not be the issue. However, the sugar added to dairy products could be an area of concern.

The futures markets act like a sponge
By Corey Geiger, Managing Editor