Battling the labor cost tide while it rises 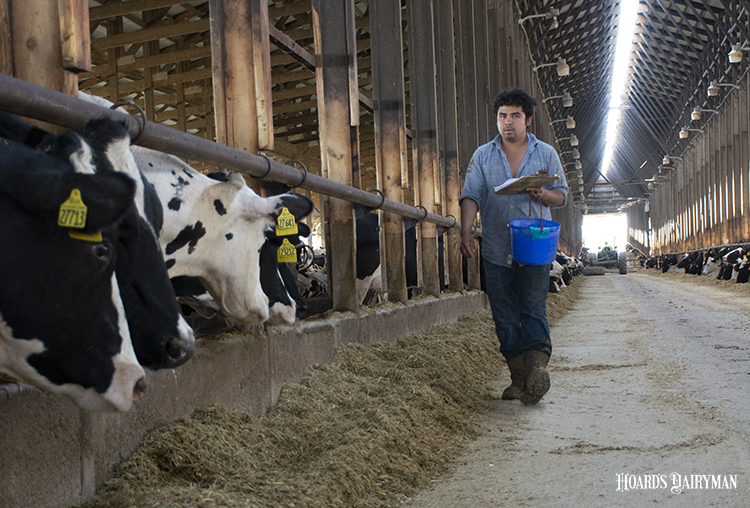 Whether it’s one part-time milker or a crew of employees, hired labor plays a role in the operation of many dairy farms. As farms continue to grow in size, this becomes even more of a critical component of the business. On some farms, labor may be the second largest expense after purchased feeds.

This was the case for most of the farms that participated in Cornell University’s Dairy Farm Business Summary over the last 10 years. A report honing in on the labor costs of the more than 100 farms that provided financial information to the program each year identified that hired labor costs represented 15.4% of farm operating expenses in 2011. By 2020, that share climbed to 17.1%.

In terms of efficiency, this means cows per worker rose. The more important measure of labor efficiency, though, according to report authors Jason Karszes and Chris Wolf, is milk sold per worker. This metric recorded positive change in every year over the decade except for one and has realized more than 5% growth twice since 2016. The authors point out that labor efficiency improvements — things like technologies, streamlining, and better facilities — from 2016 to 2020 were more significant than the previous five years as farms looked to combat rising labor costs.

Those efforts did help stem the tide of more expensive labor because Karszes and Wolf determined that if there had been no improvements in efficiency, the cost per hundredweight (cwt.) for hired labor would have jumped 36.1% over 10 years to reach $3.62 per cwt. Instead, it climbed only 15.8% to $3.08 per cwt.

In evaluating the same 104 farms that participated in the program every year from 2014 to 2019, the authors said that labor efficiency improvements resulted in 364 less hired worker equivalents needed in 2020 than if efficiency had remained at 2014 levels.

Still, payroll remained a significant expense on a farm’s income statement. The cost of hired labor on a per hour basis grew nearly $4 over 10 years to finish 2020 at $17.34. This trend would surely have been observed even if New York did not have a state minimum wage of $12.50. On average, the cost per hired labor hour rose 3.5% each year. Among farms that participated each of the last five years, 2020 showed the greatest annual percent increase in hired labor costs in a decade.