The Badger State’s dairy farmers posted three new records this past year — most new milk in the nation, the state’s highest-ever total milk production, and a new watermark for milk per cow. The most impressive, perhaps, is the fact Wisconsin led the nation in new milk production. It’s almost hard to fathom.

The nearly 1 billion pounds of new milk came from a combination of 15,000 more cows and a major gain in milk per cow, which now stands at 24,884 pounds. In fact, it’s been generations since Wisconsin’s annual milk production per cow ranked among the top 10 in the nation. The 24,884 figure stands seventh nationally among all 50 states.

That’s how far Wisconsin has charged forward this past year.

Moved past the four-time champion

Prior to 2021, Texas had led the nation in total new milk four straight years by averaging a 1 billion-pound annual gain from 2017 to 2020. When combined with last year’s results, Texas has added 4.8 billion pounds of new milk production in the past five years. If this new milk came from a fictitious, newly created 51st U.S. state, that state would rank No. 14 in milk production, moving past the currently ranked No. 14 Arizona.

Moved past the four-time champion

To review Wisconsin’s annual milk production totals from 1933 to 2021, go to this NASS webpage. And to fully consider just how much Wisconsin’s milk per cow has climbed, this dataset will reveal those totals. 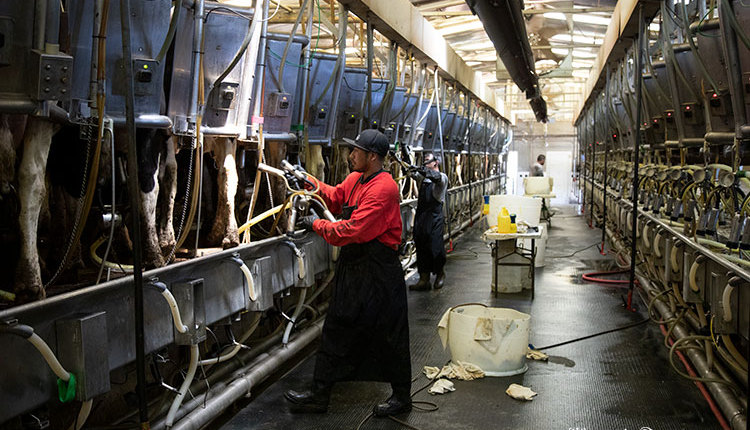