Measure growth so you can manage it 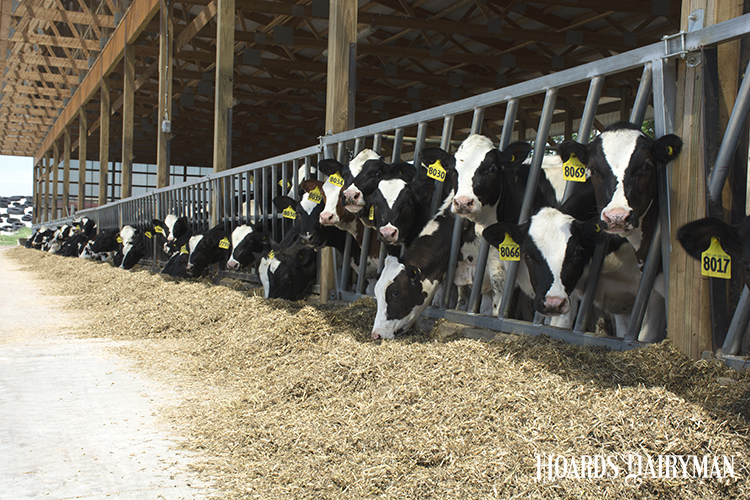 When it comes to raising heifers, we don’t want them to grow too slowly – or too fast. During a University of Wisconsin Division of Extension “Badger Dairy Insights” webinar, regional dairy educator Aerica Bjurstrom explained why moderate growth rates are best.

She said heifers that grow too slowly require extra labor to raise because they calve at an older age. This can also impact milk production. On the flip side, growing too rapidly has drawbacks as well, including fat deposition in the udder, dystocia, metabolic issues at calving, and reduced milk production.

“Fortunately, farmers have gotten a good grasp on not getting heifers overly heavy,” Bjurstrom said, noting the improvements in heifer rations that have taken place the past few decades.

To target a reasonable growth rate, a farm should set its growth benchmarks. Ideally, Holstein heifers should be about 740 pounds or 45% of the herd’s average mature body weight at puberty. Mature body weight is different for every herd due to factors such as genetics and the feeding program.

How do we know if we are meeting these goals? That is where a scale is needed.

“We can’t improve if we are not measuring,” Bjurstrom said. She recommended farms weigh animals at birth, weaning (56 days of age), when they are transitioned to TMR (4 to 6 months), at prebreeding age (10 to 12 months), and postcalving (22 to 24 months).

There are many scale types available, including used options that can save some costs. Bjurstrom noted that there are platform or chute scales, and permanent versus portable varieties. She pointed out that some scales only measure in 5-pound increments, which is not a concern for older animals but can make a big difference in accurately weighing calves. In this situation, a farm may need multiple scales.

The scale should be placed in an area that allows for easy cattle flow and animal well-being, with good footing, adequate lighting, and shelter from the elements. “Consider the human and animal safety aspects,” Bjurstrom reminded.

If possible, design the scale area so that it can be utilized for other tasks as well, such as veterinary checks, ultrasounding, or footbaths.

Bjurstrom added that scales are not just useful for the heifer herd. Collecting data on cow weights can be a valuable tool as well.

“If we don’t have any baselines, we don’t know where to improve from,” she said. By collecting this growth data, farmers can make more informed decisions about their heifer rearing program. 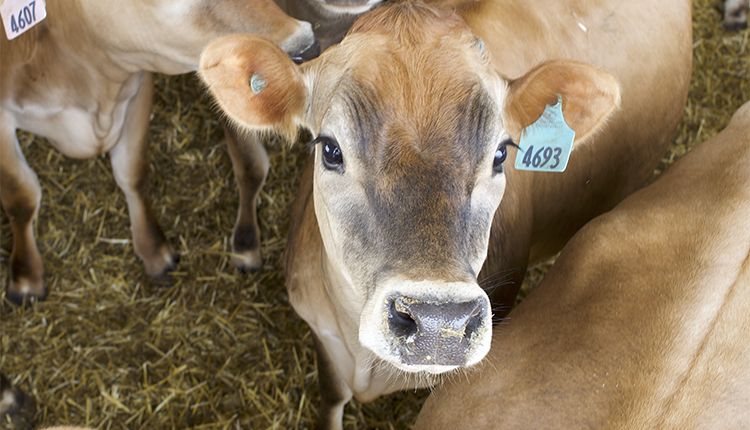