By Alvaro Garcia, Dellait
The author is a retired professor of dairy science from South Dakota State University. He is now a consultant with Dellait Dairy Nutrition & Management. Clinical mastitis continues to be the number one health problem identified by dairy producers. It affects 25% of all U.S. dairy cows. There is consensus that the most prevalent contagious bacteria are Strep. agalactiae, Staph. aureus, and Mycoplasma. Environmental bacteria such as E. coli and Klebsiella are also a constant and significant threat.

Cow cleanliness, teat disinfectants, and proper milking practices are the critical triad to reduce bacterial contamination of teat ends and minimize the risk of mastitis. Regardless of the causative organism, the use of gloves is a fundamental prophylactic practice because they greatly reduce the risk of transmitting pathogens between cows.

Forestripping is the manual removal of three to five squirts of milk from the teats to check for abnormal milk before milking starts. This step removes milk with the highest somatic cell concentration present in the teat canal and stimulates milk letdown. It’s been estimated that 12% of all U.S. dairy operations do not forestrip their cows.

Predipping reduces the teats’ exposure to bacteria and minimizes the number of bacteria that enter the milk line. Almost 96% of all U.S. operations use a premilking teat disinfectant. The preference is for iodine-based dips on 56% of all dairies, followed by chlorhexidine at 12%.

The next step is wiping the teats clean with a towel and then attaching the milking unit.

Milking itself lasts six to eight minutes depending on the individual cow, the preparation by the milker, and the cow’s milk yield.

Upon removal of the unit, the milker applies a postmilking teat disinfectant that protects the teat from environmental pathogens. Overall, 97% of all dairy operations postdip cows. There are also “barrier teat dips” that seal the teats and minimize bacterial teat penetration between milkings, but only 30% of U.S. dairy farms use them.

Think about the order

There are variations between dairies in the order of the steps prior to the actual milking. The three most common approaches are:

Proponents of the first option (predip, forestrip, dry teats) contend that the teat dip first approach makes it easier to remove debris adhered to the teat. Those favoring the second procedure (forestrip, predip, dry teats) defend it, saying that it does not remove the teat dip from the skin before allowing enough contact time to exert bactericidal effect.

Common industry recommendations of predip contact time on the teat skin is 20 seconds, regardless of the teat dip. Is this supported by research, and if so, does it vary depending on the teat dip?

An experiment by Enger et al. (2014) looked at the differences in the sensitivity of mastitis pathogens to different teat dips, and the optimum time needed in contact with the skin to reduce bacterial load. The researchers compared five different commercial teat dips:

In addition, the three different contact times evaluated were 15, 30, and 45 seconds.

Contact times of 30 and 45 seconds were equally effective in reducing bacteria for the 0.5% and 0.25% iodopher and were more effective than the 15-second contact time. With hydrogen peroxide, there were no differences between contact times. With iodine-based predips, we should extend contact times from the current recommendations of 20 seconds to 30 to 45 seconds, and even longer if we are dealing with staph infections.

From a practical perspective, lengthening the contact time implies that milkers would just prepare more cows at one time. Keep in mind, though, that from the moment cow teat stimulation begins (forestripping), there is one to two minutes to the oxytocin release that initiates milk letdown and a subsequent six to eight minutes of actual continued release of milk. The milker does not want to miss the one-to-two-minute opportunity for a timely attachment of the unit.

A teat dip only works as well as you do
Hoard's Dairyman Intel
Related to:
milk quality
In Milk Quality

Bulk tank milk turns up “hot” for many reasons
By Alvaro Garcia, Dellait 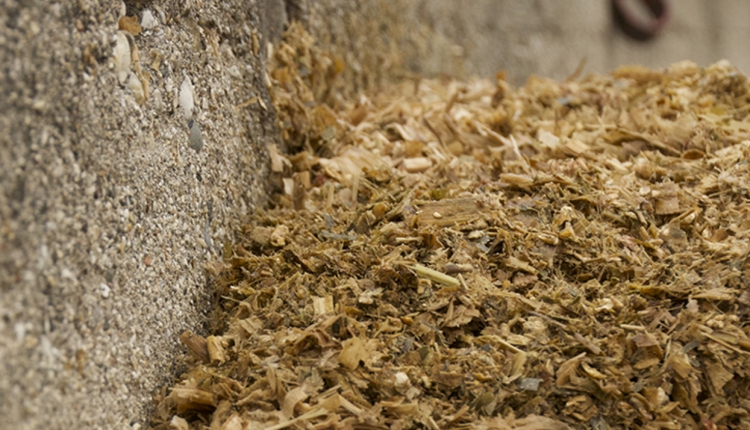 Hoard's Dairyman Intel
Silage inoculants: a must in a dry year
comments powered by Disqus