Keep the cows that have paid you back 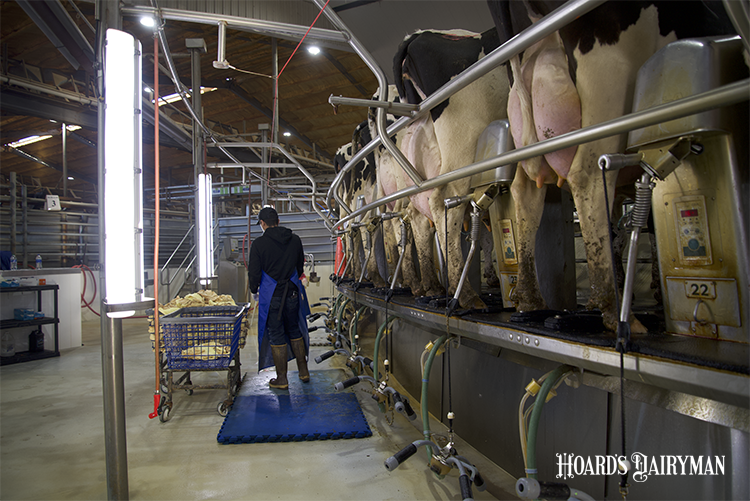 If a dairy farm is a car running on the gasoline that is money, a growing heifer is a racecar driver with its foot to the pedal, using that gas up fast and furiously. Only when a heifer is fresh for the first time does it stop to refuel the tank — beginning to contribute back in the form of milk income.

It’s been estimated that it takes a cow between one and two lactations to fully pay back its rearing cost. From there, each animal’s economic return becomes much clearer, and along with the interest in animal welfare, this makes having older cows in the herd a goal for many dairies. Cows in at least their third lactation also produce more milk and no longer need the nutritional growing requirements young cows do, said Victor Malacco on a Michigan State University Extension dairy podcast. Having a lower herd turnover rate also means you need to raise fewer heifers, saving costs in the first place while also reducing the farm’s environmental footprint, he added.

Malacco, an extension educator with Michigan State, said there is no true ideal lifespan for a cow; it will vary by farm based on management and facility factors as well as costs and herd demographics. Instead, he described that the ideal productive life for a cow would mean removing it not because it is sick but in the case of genetic advancement and when the opportunity cost of keeping it in the herd would be higher than replacing it with a young heifer.

Extension educator Marianne Murawski described that farms looking to improve cow longevity might set a goal for what share of the herd they want to be cows in their fourth or fifth lactation. A standard she regularly sees is for 30% of the herd to be first lactation, 30% to be second lactation, and 40% to be at least third lactation.

If a farm has more first lactation animals than they would like, improving longevity starts with examining the culling records, Malacco said. “We need to be aware of the reasons for culling cows,” he explained, noting that 2015 data showed that the most common reasons cows were culled in the U.S. were for injury, production failure, mastitis, and death. However, we know those reasons might not always paint the complete picture of why a cow left the herd. Looking into the specifics of why a cow left — maybe severe lameness, multiple rounds of mastitis, or failing to breed back — can help you uncover what can be done to prevent those problems in the future.

Having healthy cows to begin with is also critical in developing a long-lived herd. You can breed for health traits, have safe facilities, and ensure sound management practices, Malacco advised.

In some cases, older cows may be culled simply to make room for new heifers. If this is the case and you are raising more heifers than necessary, consider culling heifers more heavily or using beef semen to create fewer dairy calves. “If we’re going to cull heifers, we need to do it as early as possible,” Malacco noted. Choose culling candidates based on genetic testing or animals that struggle with disease early in life. Another possible option to reduce the number of calves born is to extend the voluntary waiting period (VWP), although Malacco recognized this can create transition concerns once the cow calves.

No matter what strategy is used on a dairy, a more mature herd can capitalize on production efficiency both economically and physiologically. It is still important to manage herd inventory to keep stalls filled with cows that are pulling their weight. But especially in a time when all farm costs are high, maintaining cows that have already paid back their rearing costs can make for a smoother ride.