Type of mastitis affects your loss

By Julia Hertl
The author is a research aide in the College of Veterinary Medicine at Cornell University, Ithaca, N.Y.

In a previous article (August 10, 2009, issue, page 492), we examined the impact of whether the first versus subsequent cases of clinical mastitis (without pathogen identification) had the same consequences, in terms of milk yield, conception, and mortality and culling. In first-calf heifers, milk loss was greater after the second case than the first case. Older cows, however, lost less milk with each subsequent case.

Mastitis reduced the probability of conception the most when it occurred near time of an insemination.

First, a few words about gram-classification. Pathogens can be classified as gram-positive or gram-negative by using an on-farm culture system which is more convenient and often faster than sending a sample to an outside lab. Symptoms, severity, and treatment protocols differ for gram-positive and gram-negative mastitis. In our studies, we isolated more gram-negative (Escherichia coli, Klebsiella spp., Citrobacter, Enterobacter) than gram-positive (Streptococcus spp., Staphylococcus aureus, Staph. spp.) organisms.

Gram-negatives hit harder . . .
To find out if pathogens of different gram-classifications have differing effects on milk yield, we studied 7,721 first lactations and 13,566 second or later lactations. Before diagnosis, cows that would go on to contract mastitis were higher producers. Heifers with mastitis outproduced their nonmastitic herdmates by 1.1 pounds per day. Among older cows, those whose first case was gram-positive outproduced their non-mastitic herdmates by 1.3 pounds per day, while those whose first case was gram-negative had an edge of 5.3 pounds per day.

Our findings imply that cows with mastitis, particularly if it is caused by a gram-negative organism, may be good candidates for aggressive treatment and follow-up. This would be a way to minimize the impact of mastitis and help the cows return to their higher premastitic production level sooner. If feasible, it appears beneficial to differentiate cases of mastitis by gram-type so that you can select the appropriate treatment protocol (gram-positive versus gram-negative) and, thus, help your affected cows recover more quickly and resume higher production.

Cows may have trouble conceiving for any number of reasons, including heat stress, energy balance, and, of course, diseases . . . and not just reproductive ones. What effect do different types of mastitis have on reproduction? To find out we looked at 55,372 artificial inseminations (A.I.s) during 23,695 lactations. All seven herds studied utilized synchronization programs. We only included cows that were at risk for conception . . . those that had been inseminated at least once. In fact, we looked at the first four A.I.s in a lactation.

What can you do with such information? For one thing, if your cow has any kind of mastitis shortly before you plan to inseminate her, you may want to hold off until her next cycle. If she gets mastitis just after an A.I. (it's too late), then at least you'll be aware that she probably won't conceive this time around, especially if it is gram-negative. You then can watch her more closely during her next cycle for signs of heat.

Our findings imply that you should view gram-negative mastitis more unfavorably, probably because it is associated with greater milk loss and more severe systemic signs in the cow. Understandably, it seems that people are not very tolerant of repeated cases of (gram-negative) mastitis!

Our findings should be useful because signs, severity, treatment protocols, and consequences differ between gram-positive and gram-negative mastitis. By identifying the class of organism, you can tailor treatment more appropriately to your affected cows. 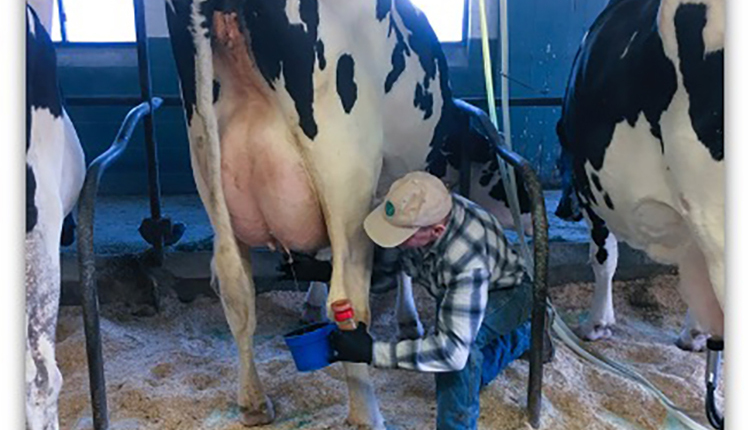 What is the true cost of mastitis?
By Julia Hertl