Is there a best way to monitor ketosis? 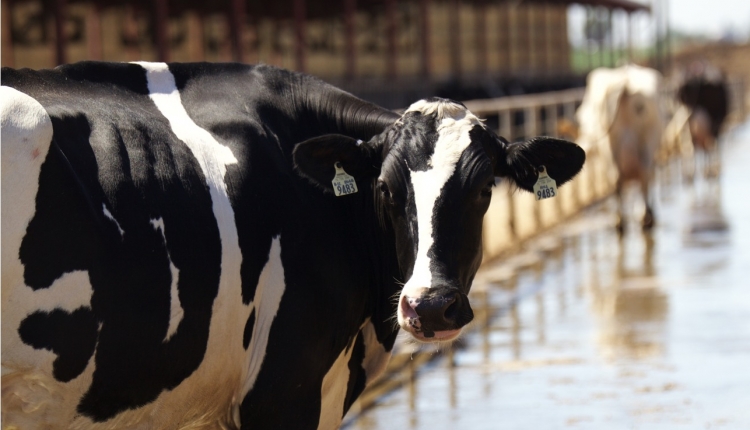 The author is in the Department of Population Medicine, Ontario Veterinary College, University of Guelph, Ontario, Canada.

Ketosis is underrecognized on most farms and is associated with several clinical diseases, lost milk, breeding problems, and greater risk of early culling. You should test cows for ketosis for three main reasons:
1. It helps you diagnose and treat clinically sick cows.
2. You can monitor and identify changes in transition cow performance earlier.
3. You can establish the basis for herd investigations.

Herd investigation and diagnosing and treating of sick cows are good reasons for testing and can be considered reactive approaches . . . you identify a problem and employ a ketone testing strategy as a diagnostic tool. Monitoring herd performance is a proactive approach. The idea is to track herd data over time so you can identify herd problems earlier than you might have using a reactive approach.

Ketone tests
Excess ketone production occurs in the liver in response to excess fat mobilization. The circulating ketones are acetone, acetoacetate, and beta-hydroxybutyrate (BHBA). They are found in all body fluids including urine, blood, and milk. The predominant ketone in cows is BHBA.

The gold standard for ketone testing is considered to be laboratory measurement of BHBA. However, taking a blood sample, shipping it to a lab, and then waiting for the results is costly and inconvenient. Fortunately, there are cowside tests for milk, urine, and blood tests.

Milk tests. Milk ketone tests such as Ketocheck measure acetone and acetoacetate. These tests are very insensitive, but, when they are positive, they almost always are correct. Unfortunately, their poor sensitivity makes them essentially useless in ketone testing programs. The only useful milk ketone test is the Keto-Test. This test measures milk beta-hydroxybutyrate and is very easy to use. In a monitoring program, a cow that is tested at or above 100 umol/L BHBA in milk is considered to be positive for the purpose of charting prevalence. Consult with your veterinarian with respect to what cutpoint should be used to treat cows.

Urine tests. Urine ketone tests also measure acetone and acetoacetate. The Acetest tablet is overly sensitive but poorly specific. This results in a high number of false positive reactions, and for this reason this test also is not useful in monitoring programs.

However, the Ketostix test has comparable test performance to that of the Keto-Test, provided that the test is interpreted within 5 to 10 seconds following contact with urine. In a monitoring program, a cow that is tested at or above "Small" in urine is considered to be positive for the purpose of charting prevalence. Again, work with your veterinarian to determine what cutpoint should be used to treat cows.

Blood tests. Abbott Laboratories manufactures a glucometer for use in humans called Precision Xtra. You can purchase ketone strips for use with this testing device, and the ketone that is measured is BHBA. Several researchers have evaluated this test and found it highly accurate for testing dairy cow blood. In a monitoring program, a cow that is tested at or above 1.4 mmol/L BHBA in blood is considered to be positive for the purpose of charting prevalence. A veterinarian will help you determine what cutpoint to use to treat cows.

What test should I use?
The decision for this comes down to what fluid do I want to test? If milk is most convenient, then use the Keto-Test. One disadvantage for some dairies is that taking milk in the parlor may slow down milking.

If you would rather use urine, the Ketostix test is for you. One disadvantage of urine is failing to get samples from a high percentage of cows.

Other indications
Other possible indicators of ketosis have been reported, including use of milk fat percent and protein to fat ratio at first DHI test. However, since DHI tests occur every 30 to 40 days, not all cows are tested, and the test performance has problems with both false positives and false negatives. This evaluation does not replace the cowside tests described above.

Identification of herd risk has been shown possible through other surrogate test measures. For example, high-risk ketosis herds have:
1. More than 40 percent of first test DHI protein:fat ratios above 0.75.
2. More than 5 percent annual displaced abomasums incidence.
3. More than 10 percent of close-up cows with body condition score (BCS) greater than 3.75.

Guidelines for monitoring
Which cows? Test all cows and first-lactation heifers. Although risk increases with older cows, other factors, including body condition, feed management, housing, cow groupings, and so forth, also greatly affect risk.

When? You should test all animals during the first two weeks of lactation. You should take samples on the same day of the week and at about the same time of day.
Frequency? Do testing at least every two weeks. If decisions are desired for both individual diagnosis and herd monitoring, then the testing interval should be at least once per week.

Goals? Testing information should be either charted or graphed so that you can evaluate patterns over time. A general goal is to have a prevalence of subclinical ketosis below 20 percent. (Subclinical ketosis defined as cows at or above either: 100 umol/L on Keto-Test, "Small" on Ketostix, or 1.4 mmol/L using Precision Xtra.)

Cows have a way of talking to us
Features
Related to:
nutrition, transition cows
In Nutrition

Don’t forget to learn something
By Todd Duffield 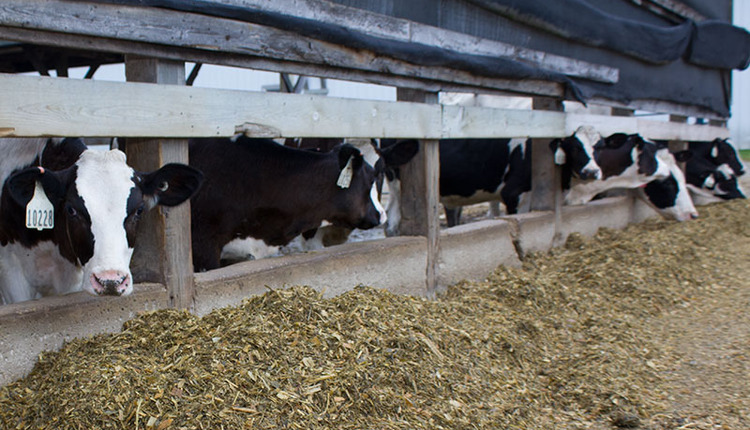 Nutrition
Where and how monensin works