Could margin insurance protect our industry?

The author is the E.V. Baker Professor of Agricultural Economics in the Charles H. Dyson School of Applied Economics and Management at Cornell University.

USDA's pilot insurance project can provide insights into producer's demand for different levels of margin protection and the price they are willing to pay.

Livestock Gross Margin for Dairy Cattle (LGM-D) hit the scene in 2008 when USDA authorized it on a pilot basis. When launched, LGM-D was one portion in a suite of risk management products. It is designed to provide insurance coverage against market losses relative to an insured level. That level is the margin between national benchmarks for the milk price and the cost of certain feeds used to produce milk.

Since its inception, dairy producers purchased nearly 3,000 LGM-D contracts. By their nature, the contracts have been for a broad range of coverages over a wide range of premiums. Information about LGM-D's costs and benefits structure are limited, but can tell us something useful about this program which, under the current circumstances, would still be available if the Dairy Security Act and the Dairy Producer Margin Protection Plan (DPMPP) became law.

LGM-D's initial rollout only included 30 states. It didn't ramp up to 48 states until July 2010. Prior to December 2010, farmers paid the full premium. From August 2008 through November 2010 (26 months), farmers in eligible states could execute an LGM-D contract in any or all months and cover milk for up to one year. For example, the November 2010 contract could have covered milk starting in January 2011 and as far out as October 2011.

In December 2010, USDA began subsidizing premiums using a special appropriation designed to support any or all livestock risk insurances. This appropriation existed before; it just had not been allocated to LGM-D. This support proved to be quite popular, and it came at a time when producer interest ran high following the disastrous downturn of early 2009, and the weak period that extended well into 2010.

The downside of these subsidies was that once this limited pot of funds was exhausted, no more contracts could be sold. Under USDA's rules, farmers could not go back to paying the full premiums, even if they wanted to buy them. Once that money was gone, the whole program had to be deactivated for the remainder of the fiscal year. Contracts were offered during four months, December 2010 through March 2011.

The subsidy program was revived with the new federal fiscal year in October 2011, but there was only enough funding to support a two-month sign-up period. Again, keep in mind that the number of months of milk production that can be covered is greater than the number of months one could sign up.

The level of the subsidy varied with the deductible chosen by the producer. Knowledgeable sources believe the most common deductible chosen by producers was about $1 per hundredweight (cwt.). It also has been suggested this deductible offered the most favorable balance between farmer-funded premiums and those paid by the government.

How did it perform?
For the 50 months spanning from August 2008 through September 2012, a producer only could execute a contract for 22 of them. The milk production period covered could be longer. However, we can say that 20 of the 22 months when farmers could make a decision took place during the worst margin performance months in the last 80 years for dairy farmers.

Prior to the USDA subsidy, the amount of milk covered relative to eligible milk was under 1 percent. Once the subsidy program was implemented, participation bumped up to about 2.5 percent, and premiums were paid on about 2,300 policies.

We don't know how many unique farmers bought the policies. The same farmer could have had four policies corresponding to the program's four fiscal years. If each policy represented a different farmer, this amounts to less than 4 percent of all producers. However, the actual percentage of farmers is certainly less than that.

"Actuarially fair" premiums require complex calculations, but the purpose is simple. As a general rule, the methodology is designed so total premiums paid over a long time period equal the total cost of indemnities paid out plus reasonable administrative costs. In the case of this program offered through USDA's Risk Management Agency (RMA), the administrative and operating (A&O) costs of a private insurer that sells the product are actually paid separately. USDA directly reimburses insurers for A&O costs, following a complex set of rules. So, the total cost of RMA insurance is the premium plus the direct payment for A&O. I estimate that about $10 million was paid by USDA for A&O.

In any one year, premium revenue can exceed indemnities. This is referred to as an underwriting gain. If indemnities exceed premiums in a given year, there is an underwriting loss. As with all other forms of insurance, it is the insurers' goal to build a reserve from underwriting gains. That reserve will cover large losses that will occur from time to time. On top of this traditional logic, USDA also is required by law to add 3 percent to the "actuarially fair" premium for this program to guarantee a USDA reserve.

The premiums aren't fixed. They change every month and are driven by the CME futures contract prices for Class III milk, corn, and soybean meal. Those futures contracts are the basis for determining eligible coverage amounts, potential liabilities, and potential indemnity payments. Premiums also will depend on the specific insurance coverages chosen by the producer and deductibles that can be chosen by the producer in 10 cent per cwt. increments up to $2.

Is it sustainable?
Since 2008, dairy farmers have paid $25 million in premiums. The USDA subsidy is an additional $20 million. Above and beyond this, USDA has paid nearly $10 million directly to insurers for their administrative and operating costs. So, the program's total out-of-pocket cost is roughly $55 million.

Of this, $1.3 million is retained by USDA as the legally required "reserve." In addition to the $10 million that goes to insurers for administrative costs, another $800,000 was paid to the original developers of the LGM-D product as part of a contract fee. About $1 million was paid to farmers in indemnities. This leaves a little less than $43 million of underwriting gain . . . excess premiums that are available to the insurer or USDA (the reinsurer) to cover future losses.

Let's go back over that.
1. Participation by dairy farmers, even when the premium is heavily subsidized, is a very small percentage of total U.S. milk or the total number of dairy farms.
2. Federal subsidies took participation from minuscule to tiny.
3. The total program cost is $55 million, less than half of which is paid by farmers.
4. Farmers received $1 million in indemnities, with the rest going back to either insurance companies or USDA.
5. If future indemities require, insurers must use their reserve to pay. There is no other backup or Treasury funds. 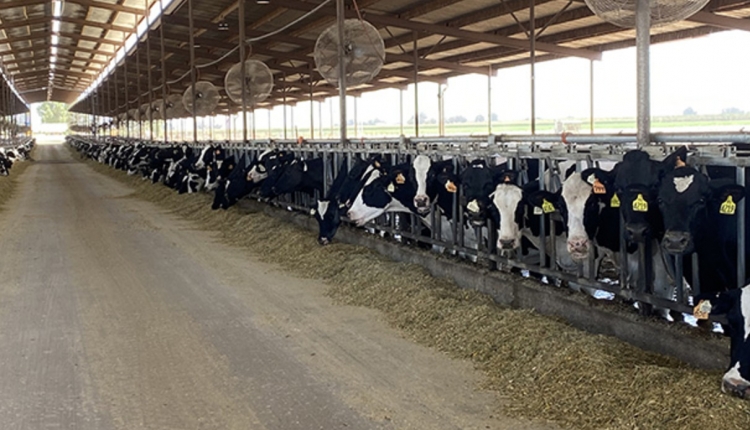 Show up and speak up
HD Notebook

Milk Check Outlook
Anyone get the plate number on that truck?
comments powered by Disqus