What can we learn from crop insurance?

The author is the E.V. Baker Professor of Agricultural Economics in the Charles H. Dyson School of Applied Economics and Management at Cornell University.

Crop insurance programs date as far back as the 1930s, but today's extensive system gained full bloom in the 1980s. Originally, programs were based on a concept of production or yield risk. Following the 1995 Farm Bill, new insurance products were developed based on the concept of revenue . . . combining yield risk with price risk. Today, USDA's Risk Management Agency (RMA) coordinates a couple dozen risk management products. These tools can be applied to some 100 crops or even whole farms. For more details, go to www.rma.usda.gov/policies/.

There are six basic plans related to revenue insurance. Far and away the most popular is Revenue Protection (RP). About 80 percent of the 2011 crop insurance premiums paid were covered under the RP program.

Farmers can use a similar program called Group Risk Income Protection (GRIP). GRIP and its related variations represented about 4 percent of total premiums in 2011. GRIP typically has lower premiums because the "group" refers to the fact that its premiums and indemnities are calculated based on the farm's home county. Recently, industry specialists have calculated that RP is the better deal.

In 2011, a year of record crop insurance payments, the indemnities paid under the RP program were $7.9 billion against premiums of $9.2 billion. In total, farmers paid 44 cents for every $1 received in indemnities. No indemnities were paid under GRIP.

Two programs offer insurance against yield or production losses: the Yield Protection (YP) program and the Actual Production History (APH) program. They both relate to yield losses on the individual farm and represented 15 percent of total crop insurance premiums. The difference between them is the price used to determine the dollar value of the loss.

Under these two programs, 2.6 percent more was paid in indemnities than in total premiums. In other words, they had an underwriting loss. All of this was due to the YP program, although the loss ratio was very high for the less popular APH program. The YP program collected 28 cents from farmers for every $1 of indemnities paid, compared to 41 cents for the APH.

Livestock programs can be categorized into two types. Livestock Gross Margin, as it applies to milk, combines an output price with feed prices to create a margin or gross returns over feed costs insurance. Livestock Risk Protection (LRP) only insures against output prices. There is no LRP-Dairy.

Two other insurance programs, AGR and AGR-Lite, are based on individual farm gross revenue. They insure Schedule F of the IRS 1040 tax form. In 2011, $18 million in premiums were paid for these two programs, mostly AGR. Only $55,000 was paid in indemnities, all under AGR-Lite. These programs are probably best suited for small farmers or those raising specialty crops.

Although these two products have not been very popular, they are the only programs that cover the whole farm enterprise. In that sense, they are a good deal more flexible for operations that have multiple crops.

Conceptually, this approach might also be well suited for dairy operations that grow much of their own feed or have cash sales from a variety of products but at a much smaller share of total revenue. Currently, these products are not well-structured for most dairy applications. But they are perhaps an example of a good idea that just hasn't been structured in the best way yet.


How do LGM-D and crop insurance compare?

This article has compared crop insurance and livestock insurance premiums for 2011. Based on our last article in the March 25, 2012, issue on page 187, one might reasonably ask whether the actuarially calculated premiums are actually fair. Let's look at premiums since LGM-D's inception.

Total LGM-D premiums since 2008 have been $45 for every $1 paid in indemnities. This took place during a period when one might reasonably have expected a high loss ratio, not a huge underwriting gain. If we add in the administrative and operating (A&O) costs that are paid by USDA to insurers outside of the premium structure, then the total cost has been about $55 for every $1 in indemnities.

What is a reasonable premium from the buyer's perspective? This question has a different answer for every farmer, and calculating some averages requires many assumptions.

Is LGM-D too cheap for farmers because the program has to be terminated early when it is subsidized, leaving a group of farmers willing to pay for more coverage but unable to get it?
Alternatively, is LGM-D too expensive because almost no one buys it unless it is subsidized? For that matter, not very many people buy it, even when almost half the premium is paid by USDA.

Clearly the premium and subsidy structure is more favorable to crop farmers, and the gains in crop insurance pale to those experienced under LGM-Dairy. 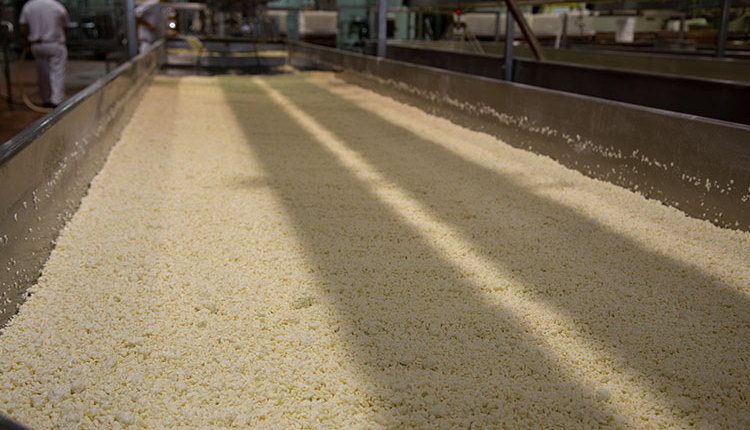