By Adelaide Kretzing
The Kretzing family owns and operates a dairy farm near Loysville, Pa. 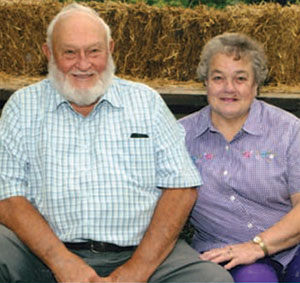 Perry and Adelaide Kretzing
I wanted to write regarding a true story about my husband. It has been a very hard time for our family. Our two sons took over the dairy 10 years ago, and we are proud of them. I retired from milking four years ago at the age of 69 but still do book work and babysitting for our dairy farm family. My husband was 75 in May. He drives the haybine for our sons and drives tractor for various cropping activities.

Perry was rushed to the hospital the Monday evening before Thanksgiving with a fever of over 105 degrees. He was completely delirious until noon on Wednesday. They eventually found out that he had a Salmonella infection that he got from drinking raw milk. In addition to the Salmonella, he also had a bacterial infection in his bloodstream. Perry was in the hospital over Thanksgiving.

On Saturday, they discharged him. At that time, his left hand and arm were still swollen all the way to the elbow. It was hard, red, and hot to the touch. The doctors felt his hand would get better since he would be taking oral antibiotics. For two days, he did quite well at home. He was eating much better than he had in the hospital.

But then, on the morning of Tuesday, December 1, he got up with pain in the base of his neck. By that afternoon, he couldn't get around without my help, and then he missed while trying to sit on the side of the bed. I held him while he went to the floor. I called my sons and son-in-law to help get him up, but they had trouble getting him up without causing a lot of pain, so we decided to call the ambulance. After the ambulance had left, we realized that Perry's fever was spiking to 102 degrees and that he needed to return to the hospital.

On Monday, December 7, the doctors decided that Perry would need therapy to get back to being able to care for himself. So, on Friday, December 11, Perry was moved from Harrisburg Hospital to Stone Bridge Nursing Home. They told us that he would probably have to be in the home for four to six weeks at least. On Christmas Day, we took food and gifts, and the family spent the day with Perry.

On January 4, I got a call from my husband at 6 a.m. that his blood pressure was 260/109. They rushed him back to the hospital. We came close to losing him again. After many tests, a lot of pain, and very strong pain medicine, they found he had C-diff, also known as Clostridium difficile. It is a bacterial infection. He spent another 15 days in the hospital. He lost all of his walking abilities and had to start all over again. Perry is now walking but doesn't have much power in his left hand yet.

As I write this letter, Perry is supposed to come home after 32 days in the hospital and three months in a nursing home for rehab. It has been a long four months. This was very hard on our two sons because they forgot to tell us about the initial Salmonella infection in the milk. Without knowledge, we went ahead and drank it. We urge others to beware of the dangers of raw milk and purchase pasteurized milk for your family.

This article appeared in the June 2010 issue of Hoard's Dairyman on page 432. 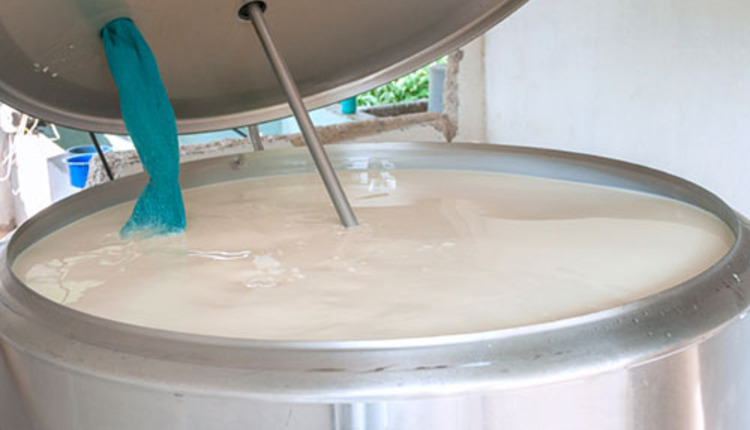 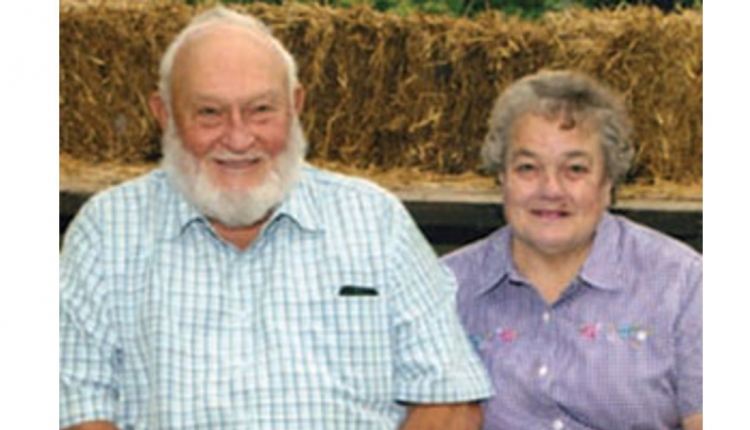