Brown is the color of money 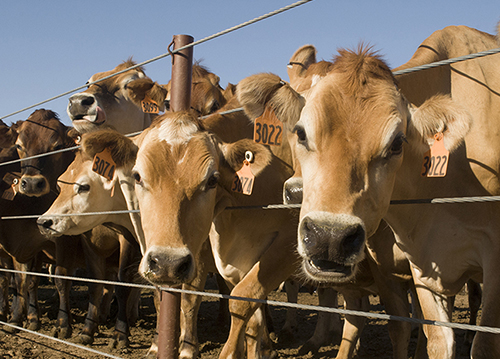 Steady growth in the number of Jersey herds in the U.S., particularly among large dairy owners in the West, naturally leads to the question of how do they do financially?

It's not an easy question to answer, because many individual farms have to be willing to share their precise financial information in order to form a clear picture. Fortunately, one such database does exist.

In addition to the annual dairy income and expense reports that Genske, Mulder & Co. LLC, the largest dairy accounting firm in the U.S., prepares summarizing all of its clients as a group, it also does a separate summary for its Jersey clients.

Jersey summaries represent relatively few herds in relatively few states and average herd size is gigantic by Jersey standards, although nearly identical to all of its clients. Even with those qualifications, it is perhaps the only such set of Jersey financial data that exists.

What the 2013 Jersey summary shows is enlightening and perhaps surprising to owners of black and white cows. It says that Jerseys don't just compete, they excel.

As seen in this table, Jerseys did make less milk per day than did all of the firm's clients. But Jersey herds had much higher protein and fat tests, which resulted in significantly higher milk price per hundredweight. As a result, Jersey herds' bottom line was much bigger – they made 45.7 percent more net profit per head.

A showring recap from a 4-year-old
HD Notebook
Related to:
HDN, costs, Jersey
In HD Notebook