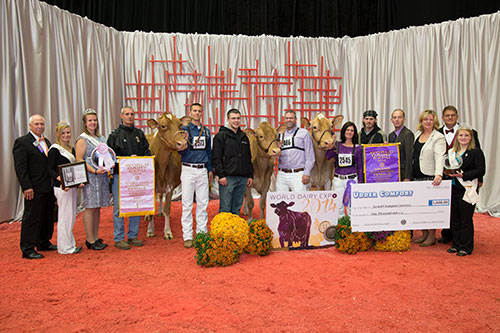 Overholt's good day didn't end on Thursday. On Friday, the Senior 2-year-old that Overholt owns with Keenan Wolf was named the Honorable Mention of the show and Intermediate Champion. Overholt was also named Premier Breeder and Exhibitor of the heifer show. 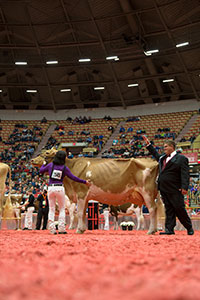 Flambeau Manor RO Lauren-ET caught judge Dale Chupp's attention during the cow show with her tremendous silky hide. The 4-year-old exhibited by Gary Van Doorn of Tony, Wis., was tapped later that day as the Grand Champion of the show.

"When she hit the ring, nothing was going to stop her," said judge Chupp. "She's awesome!"

The duo of Austin and Landen Knapp was also named Premier Exhibitor and Breeder of the cow show.

Rolling Prairie E Kelson, owned by P&A Ayrshires of Dyersville, Iowa, was Junior Champion, and Adams Creek Achieve Adele, exhibited by Alyssa and Kate Nuttleman of Bangor, Wis., was the Reserve Champion of the junior show.