A surprise for California dairy producers

Now that they're pushing for a federal order, the state is willing to look at raising Class 4b prices.

By Dennis Halladay, Western Editor
With California's milk pricing attention turned to the just-started drive for a Federal Milk Marketing Order (FMMO), Sacramento dropped a big surprise in dairy producers' laps last Friday: A public hearing on June 3 in Sacramento to consider temporary adjustments to the Class 4b (powder) component of the state's pricing formula.

There's great irony there. Long and enormous frustration with the state's failure to increase 4b prices is much of the reason why California producers are seeking an FMMO in the first place.

Announcement of the hearing brings into the spotlight an important question that had seemingly been lost in the FMMO excitement: Even if a federal order is ultimately enacted, what can be done to address the low producer price situation that could continue for two years – or longer – until it happens?

That is a point Western United Dairymen has made ever since the state's three largest cooperatives submitted their FMMO proposal in early February. 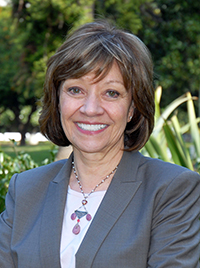 The surprise about the hearing announcement is that California Department of Food and Agriculture Secretary Karen Ross (pictured to the right) called for it on the department's own accord, not as a result of outside petitioning. She said any changes that result could be for up to two years.

"While the [dairy] industry must continue to work toward long-term structural reforms to address these issues, I am concerned that the current conditions impacting the production of milk and the marketing of dairy products may warrant short-term adjustments to the current pricing levels. Thus, the Department is calling a hearing on its own motion," she said.

"Current conditions" may be a euphemism for the difference that has existed between FMMO Class III prices and comparable California Class 4b prices for several years. In April the gap was a relatively small $1.59 per hundredweight, due to declining whey prices. But from 2010 to 2014 the average monthly difference was $1.82, and in some months it was well over $2.

The 4b price constitutes about 40 percent of California's blend price, so the "discount" has sometimes amounted to $1 per hundredweight for dairy producers.

We don’t have to stand alone
By Dennis Halladay, Western Editor