As harvest winds down, so does crop size 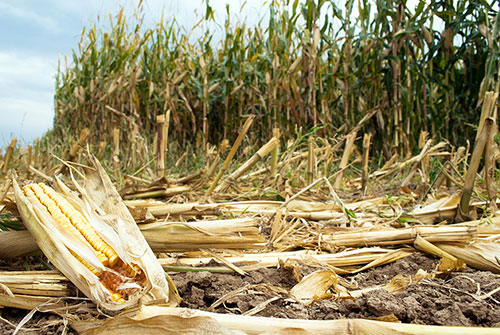 Across the U.S., cornfields are clearing out and silage bunkers are filling fast. And as they do, USDA has slightly changed its mind about just how full it thinks they will be.

In September's "World Agricultural Supply and Demand Estimates" the department shaved its forecast about national average corn yield per acre by 1.3 bushels from the August estimate of 168.8 bushels. Its initial forecast back in May was 166.8 bushels.

In the context of what is still likely be the third biggest corn crop in history, the change doesn't amount to a whole lot – 101 million bushels. That nudges total expected crop size down to 13.6 billion bushels.

The department also said it expects the U.S. won't be alone having a slightly smaller corn crop. Globally, it forecasts a 268 million bushel reduction in total production. More than half of the decline (154 million bushels) is expected to occur in the European Union (EU).

Projected total global corn consumption has been reduced by 82 million bushels, primarily due to anticipated increases in barley and wheat consumption in the EU.

A different kind of graduation
HD Notebook
Related to:
HDN
In HD Notebook

We don’t have to stand alone
By Dennis Halladay, Western Editor