Did Temple Grandin just say that?

A recent interview in The Washington Post with the renowned animal welfare specialist leaves many in dairy circles with unanswered questions.

By Sadie Frericks, Minnesota dairy farmer
With all due respect to Temple Grandin, and the research she has done to improve the lives of farm animals, her quotes in a recent popular media report left me questioning her intentions. 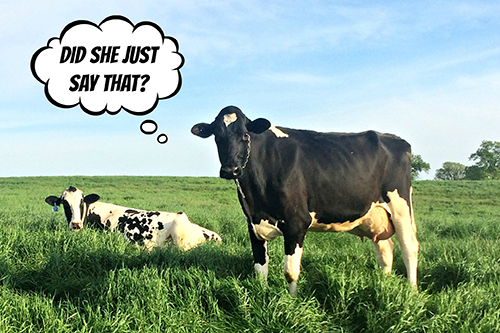 Titled "Why a top animal science expert is worried about the milk industry," the report ran last Thursday in The Washington Post's Wonkblog.

According to the report, the main beef (pun intended) Grandin has with the dairy industry right now is that we're using selective breeding to create hyperproductive dairy cows, with little regard for cows' well-being.

If you haven't had a chance to read the story yet, I understand. Maybe, like me, you'd rather be out caring for your cows instead of addressing inaccurate reporting. Here's the quote that really made me wonder:

"I call them the bad dairies," Grandin said. "They make up most of the farms in the United States, and their cows are so wrecked by the time they stop milking they can barely be used for beef."

Grandin defines "bad dairies" as the ones that use selective breeding to increase cow size and milk production, at the expense of cow health.

My first thought was, "Really? Did she just say that?" No dairy farm I know, mine included, is in the business of wrecking cows. On the contrary, we put all of our time and energy into creating the best life possible for our cows.

Then, I was left with several questions.

First, why is this even being published now?

The Washington Post author links to academic papers from as far back as 1999. A lot has changed in the dairy industry in the past 17 years. The truth is, a vast majority of dairy farms have already made the changes to their selective breeding criteria that Grandin is talking about.

Grandin says two-thirds of dairy farmers are breeding for production and stature only, but I simply don't believe that's true. Most farms, including ours, are selecting for cows that exhibit a balance of health, strength, and production. By doing so, we have made great progress in improving a number of health traits. I'm guessing that current research would support these observations.

Second, was it just coincidence that neither the reporter, nor Dr. Grandin, failed to mention that Gigi, the cow that holds the world milk production, is 9 years old?

It was incredibly unfair of the reporter to use Gigi and her record as an example of Dr. Grandin's claim that dairy farmers are "so obsessed with production." But the least they could have done is include that Gigi is 9 years old. Excuse the sarcasm, but it's pretty hard for a cow to produce milk for seven years and look as good as she does if her body is in "biological system overload." 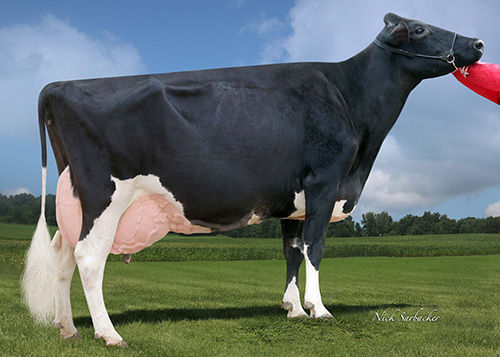 Maybe the reporter didn't acknowledge Gigi's age because it contradicts Dr. Grandin's claim that, "If you go for the big, gigantic Holsteins, you only get two years of milking."

I haven't met Gigi or visited her farm, but I'm certain that Gigi gives a lot of milk because she has comfortable housing, a superb diet, regular health care, and her farmers' careful attention – not because she's "impossibly productive."

Last question: Is Temple Grandin really still trying to help dairy cows or is she throwing the whole dairy industry under the bus for the sake of publicity?

The bottom line is that dairy farmers have made – and will continue to make – great improvements in dairy cow care and well-being, through housing, nutrition, handling, and selective breeding. But good news doesn't get published.
Also read Temple Grandin airs her experience and Temple Grandin visits Wisconsin dairy farm

Hope for the best, prepare for the worst
By Sadie Frericks, Minnesota dairy farmer