Being a young farmer: Version 2.0

The road’s an uphill battle, and we know it. 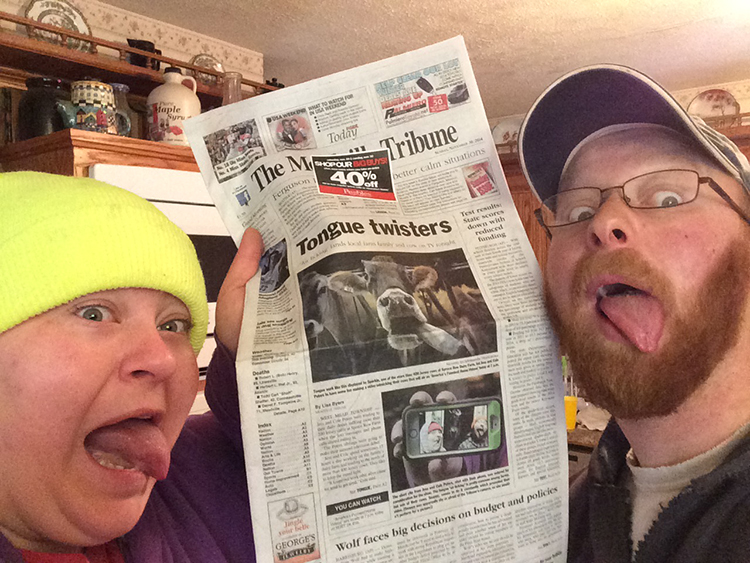 Being a young farmer has never been easy. We go through the same struggles as our parents when they started out. We’re constantly tired and always sorer than a 30-year-old should be. Plus, to leave the farm for three days, you have to prepare for five days then clean up the mess for almost a week afterward.

It’s almost not worth it . . . almost. Just like our parents, we’ve gone through what I like to call the “friend purge.” For the first few years, friends would invite us to parties, out to the movies, or to dinner. The friends who were offended by our constant lateness or last-minute cancelations because of farm stuff have long moved on. The friends who are left, either communicate via text or are also farmers, so there’s little to no chance of actually getting together. Because if there’s anything worse than one farmer trying to find the time to be social, it’s two farmers trying to find time.

Though our parents can understand most of our struggles, I think our version of being a young farmer has changed a bit. “Young Farmer 2.0” comes with an additional set of challenges.

First, although the work is mostly the same, the rules have changed. Regulations have become more stringent, which means there’s more paperwork to be done. Also, dealing with consumers and our public image has officially become part of the job.

Another thing is our labor force has drastically changed. Thirty years ago, people were more willing to work, and input costs were low enough that you could afford to pay them. This generation is different than previous. If you’ll allow me to generalize, we prefer to work on computers or smartphones from home or in an air-conditioned office. Having less labor means more work and even less time away.

Lastly, not to be rude about it, but 20 to 30 years ago they didn’t know what they were missing. Thanks to social media and smartphones, we know exactly what we’re missing. Online, we see our friend’s vacation photos, their mini college reunions, and last-minute nights out. I’m not going to lie, when I have a few minutes to peruse Facebook, I get a little bitter about the fact that my old college roommate just booked a seven-day cruise with her sorority sisters to the Bahamas in February. Especially when I know that my next three days off are at a dairy conference just on the other side of the state.

I’m not asking for pity; I chose this life. But if you’re a fellow young farmer, I want you to know that I get you. If you’re a more seasoned farmer, I’m asking you to cut us some slack if we’re on our phones a little more than you’d like. And if you’re a friend of a farmer, please don’t give up on us. Someday, when you least expect it, we’re actually going to call you.

Back to the basics
HD Notebook
Related to:
HDN, farmlife, youth
In HD Notebook