Just one point separated the top two teams, with Wisconsin winning the National 4-H Judging Contest at World Dairy Expo for the second year in a row. 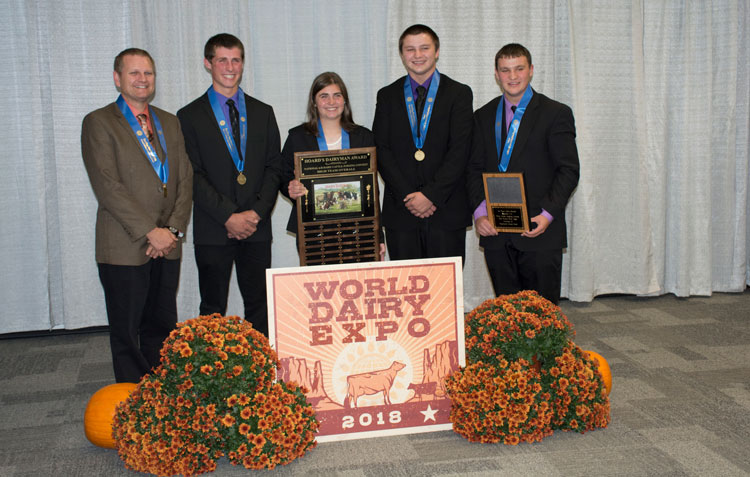 The team from Wisconsin came out on top of the 24 4-H teams competing in the National 4-H Dairy Cattle Judging Contest, sneaking past Minnesota by just one point.

It was a repeat win for Wisconsin 4-H, as the team repeated its 2017 success and finished on top of the 2018 National 4-H Contest at World Dairy Expo. This year’s team hailed from Green County, Wisconsin, and featured two sets of siblings — Rachel and Brian McCullough and Clayton and Cole Mahlkuch. They were coached by Mike Marean.

The slimmest margin separated the top two teams, with Minnesota 4-H finishing in second place with just one point less than the Wisconsin team. Minnesota’s top judge of the day was Jay Dicke, who finished in third place. He was followed closely by teammate Kjersten Veiseth, who placed fourth individually. Their other teammates were Owen Scheffler and Madelyn Wehe. They were coached by Tony Scheffler. 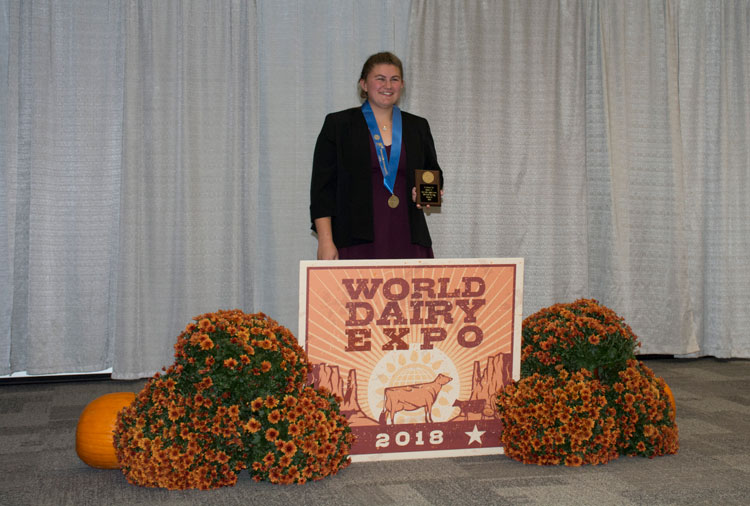 Awna Hirsch, a member of the fourth-place Colorado 4-H team.

The top individual of the day was Awna Hirsch, a member of the fourth-place Colorado 4-H team. She had a great day, finishing first overall, first in the placings only contest, and second in reasons. She also placed in the top 10 individually for five of the six breed contests.

Also having an outstanding contest was Ainsley Peterson of the Florida 4-H team. She earned the top score in the Brown Swiss and Guernsey breeds, and she was the first place finisher in the oral reasons contest. She placed fifth overall.

A total of 91 individuals from 24 teams judged 10 classes and gave five sets of reasons during the competition. Congratulations to all 4-H members who participated in the 2018 contest!

A fresh take on the farm life children’s book
HD Notebook
Related to:
HAE, youth, National4H
In Hoards at Expo