How does milk become more “current,” “trendy,” and “popular”? 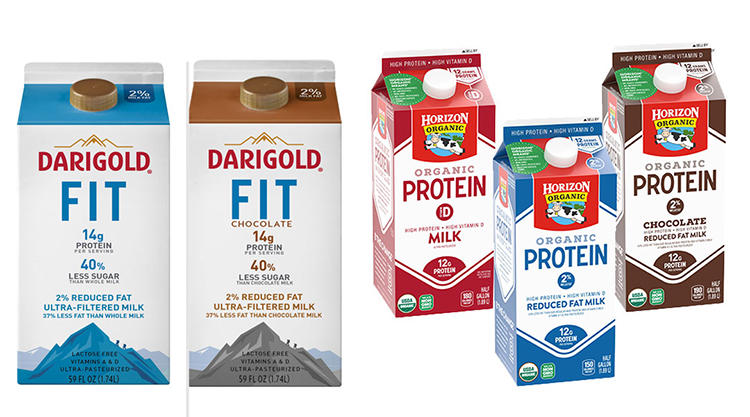 We are well aware of the concept of supply and demand. We are all too familiar with milk’s response. We produce a lot of milk, creating the supply. But, the demand is not keeping pace.

This week I received two announcements of dairy processors launching new products aimed at value-added milks. With much attention given to New Year’s resolutions to exercise more and eat healthy, it makes sense to strike while the iron is hot.

With a growing number of people with food consumption issues (lactose and gluten), dairy processors are aware of those the trends, and have adapted.

Located in Seattle, Wash., the Northwest Dairy Association is the sixth largest dairy cooperative in the United States with 431 producers in the four most Northwestern states. Their dairy products are marketed under the Darigold brand. Their butter, egg nog, sour cream, yogurt, and a variety of white and chocolate milks are found in store dairy cases.

Their newest product is called FIT. This 2 percent fat milk is appealing for several reasons:

Its protein content of 14 grams per serving is prominently displayed on the carton — just under the name, FIT. The reduction in sugar is also a feature of the front panel. The lactose-free statement is less dominant, but still easily read on a very simplistically-designed carton. Maybe the simplistic look matches the ingredients — just milk, vitamin A, vitamin D, and lactase enzyme. That’s it. Read the ingredient list on nut juices, drinks, or beverages — their list is more complex. Modern milk marketing is hedging its bets on consumers wanting to know their food ingredients.

But the most interesting aspect of the label is the absence of Darigold’s traditional red logo with scalloped edges. Instead, it is a mountain peak. Maybe that is a spin on the area’s topography, but the carton has a mountain scene at the base of the carton with two hikers on a mountain climb as well. I think the mountain image tries to draw a connection to healthy living and activity. Other icons and logos that appear on their 2 percent milk are absent on their 2 percent FIT product.

The leading organic milk brand, Horizon Organic, just released three new milk products, known as PROTEIN nationwide. They, too, have ramped up the protein content in their whole milk, reduced-fat chocolate milk, and reduced-fat white milk. This is the first offering of value-added milks in the organic sector. Their product has 50 percent more protein than regular milk, 12 grams as compared to 8 grams.

While fairlife was the leader when it came to enhancing the protein content and dropping the lactose, others are following suit with their own adjustments. We hope the consumer is paying attention and can practice choice by purchasing whatever dairy milk fits their fancy. Dairy producers are relying on the consumer for their livelihood. We hope we are meeting their demands, one product at a time.