Breeding heifers starts with a plan 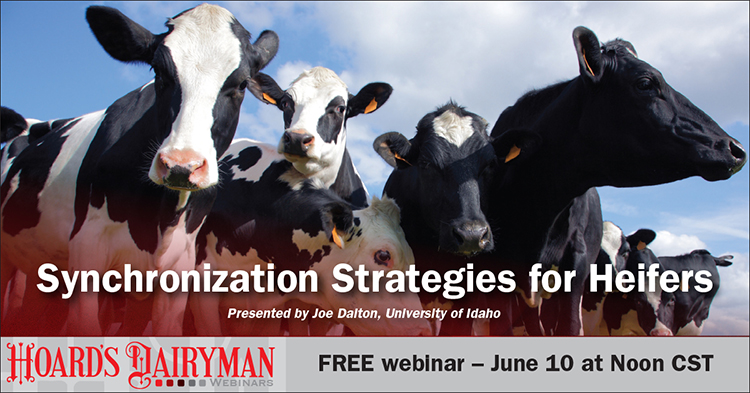 The breeding age heifer contributes greatly to the future success of a dairy. She can also be the source of lost opportunities. Joe Dalton, University of Idaho, addressed the importance of getting young stock safe in calf as soon as the breeding window opens. The webinar, “Synchronization strategies for heifers” focused on efficiently producing a pregnancy.

Why would heifer synchronization be on the forefront? Feed. Heifers do not generate income from the feed they consume. Entering the milking herd sooner rather than later reduces those days and therefore feed costs.

The mindset starts with having specific breeding criteria for heifers to enter the A.I. pen. What are your requirements for heifers to receive a service — age, wither height, hip height, weight, or a combination? For those unfamiliar with benchmarks to begin breeding, he directed attendees to view Dairy Calf and Heifer’s website and look at the “Gold Standards” protocols as well as Dairy Cattle Reproduction Council’s resources.

Once your parameters are set, step back and plan to have heifers ready to be serviced starting within the first days after they enter the breeding pen. In order for that to be successful, strategies begin a few weeks prior.

We are most familiar with synchronization protocols in the milking herds with presynch, ovsynch, or a variation of them. Similar options can shorten the window to first service and ultimately conception for heifers. The goal is to have most heifers exhibit estrus and be inseminated in those early days in the breeding pen.

“Focus on age at conception, not age at first calving,” shared Dalton. While the two are obviously linked, know conception come first and should be managed accordingly.

With synchronization, the time frame is condensed so there is a lot of estrus activity in those first few days. Additionally, the heifers that did not conceive on first service quickly cycle back in that tight window again, so your time allocated to estrus detection (ED) can be better managed.

Now that you understand the theory, what did the research show? The first project included 350 heifers and used 14-day controlled internal drug release (CIDR), a prostaglandin F 2 alpha (PGF2α) injection, and a control group. There was an increase in the proportion of heifers pregnant from first A.I., an uptick in the proportion of heifers pregnant within the first seven days, and a decrease in days on (heifer) feed.

The second project had over 600 heifers in the study, using a CIDR and prostaglandin. Results also found reduced days to pregnancy and improved 21-day pregnancy rate. The drawback is that estrus synchronization is an investment of time, equipment (CIDR), and hormones. Farms also need to have the facilities to manage the synchronization coordination, which typically means headlocks.

• The 14‐day CIDR presynchronization, followed by PGF2α 16 days later and A.I. upon detected estrus, appears to be an effective strategy to generate pregnancies in a timely manner.

• The five‐day CIDR TAI protocol, when initiated six days prior to entry to the AI program and with TAI on Day 2, results in fewer days to first A.I. and pregnancy.

Weighing the costs and benefits, there was a saving of $17 per pregnancy as compared to AI without synchronization.

The presentation has been archived for viewing. 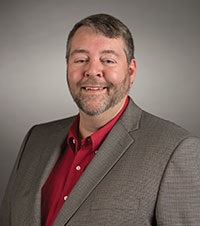 Diarrhea continues to be the leading cause of death in calves. Although we can minimize diarrhea with sound management, producers also need to understand how to approach treatment. We’ll cover the primary treatment protocols including how to select an oral electrolyte.

I may be a bad influence