Barbara was on the money 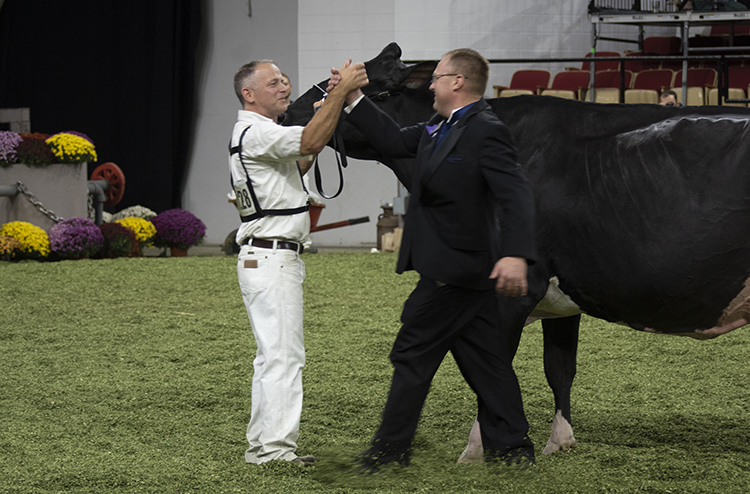 A legend made her way back to the colored shavings for the International Holstein Show. Judge Chad Ryan of Wisconsin did not make it a secret that he has a “soft spot for older cows.”

After a moving speech by Ryan and consulting with his associate, Lynn Harbaugh, he proudly selected his Senior Champion, Butz-Butler Gold Barbara-ET, as his Grand Champion. For Ryan, Barbara, had “just a little more quality today than that incredible pair of five-year-olds.”