An original piece of art and a quote by W.D. Hoard commemorate the hardworking dairy cow. 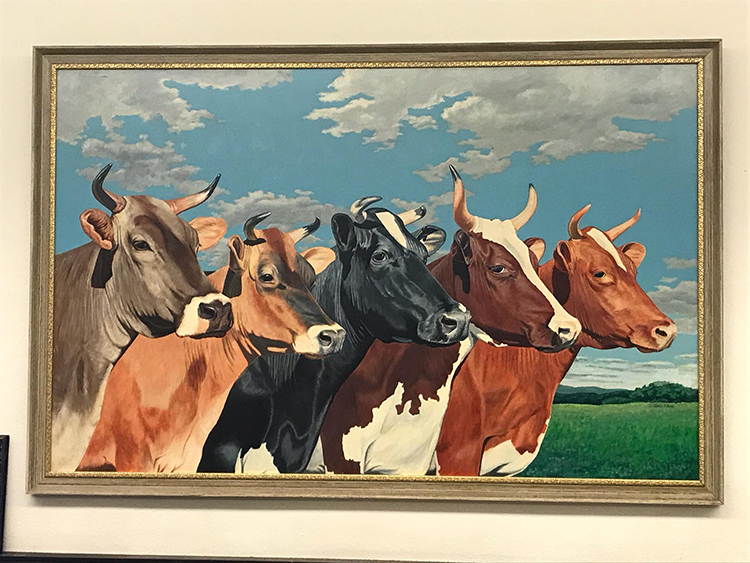 Right above my desk at work hangs a large painting featuring five beautiful dairy cows. It is a sight I have become so accustomed to seeing I almost don’t notice it some days, but this piece of art — and its subject matter — is certainly not one to be forgotten.

This painting is the original “Foster Mothers of the Human Race,” a work of art created by Jim Baird, the gentleman who served as art director for Hoard’s Dairyman for more than four decades. The portrait included a Brown Swiss, Jersey, Holstein, Ayrshire, and Guernsey cow.

In a 2010 interview, Baird explained that the idea for the painting stemmed from black and white photos that were taken of real cows at the 1954 National Dairy Congress in Waterloo, Iowa. These photos appeared in the magazine in 1955 and were also turned into a black and white postcard.

Bill Hoard Jr., grandson of W.D. Hoard and president of the company at that time, asked Baird if the photos could be converted to color. That spurred him to instead turn the images into a painting, which was give the name “Foster Mothers of the Human Race.”

As the breeds advanced, Baird recreated the painting in 1963, 1991, and 1993. Along the way, he removed the horns, added the Milking Shorthorn, and began to show indications of the cows’ udders.

Then, in 2010 and in honor of the 125th anniversary of Hoard’s Dairyman magazine, well-known artist Bonnie Mohr was chosen to create the fifth version of the painting, which included present-day versions of the Jersey, Ayrshire, Milking Shorthorn, Red & White Holstein, Brown Swiss, Guernsey, and Holstein. In a past interview with Hoard’s Dairyman, Mohr said it was an honor to follow in Baird’s footsteps, and she worked hard to capture the modern characteristics of each breed.

The title of the painting was inspired by a quote from W.D. Hoard, the founder of Hoard’s Dairyman magazine and the Hoard’s Dairyman Farm. He once said, “The cow is the foster mother of the human race. From the day of the ancient Hindoo to this time have the thoughts of men turned to this kindly and beneficent creature as one of the chief sustaining forces of human life."

These words of wisdom remind us that the graceful dairy cow converts feed humans cannot eat into milk and other dairy products, a nutritious food source for people of all ages around the world. Furthermore, these beneficial creatures provide a way of life and an income for those who have chosen a career as a dairy farmer or working in the dairy industry.

It seemed appropriate to honor these “foster mothers” at a time of year when we recognize our own hardworking mothers. Happy belated Mother’s Day to all who are helping raise children, grandchildren, siblings, nieces and nephews, friends’ children, students, neighbors, pets, and farm animals. Young or old, human or animal, we all benefit from some motherly love.

Which platform is best to connect with consumers?
HD Notebook
Related to:
HDN, animal care, history
In HD Notebook

What does sustainability mean for the next generation?
By Abby Bauer, Senior Associate Editor 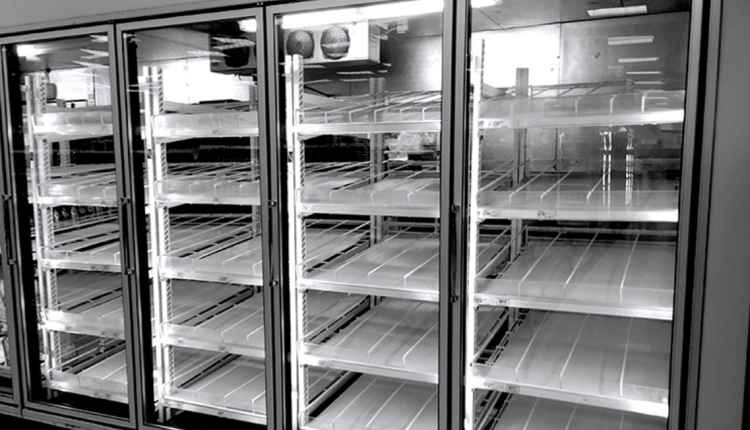