Will summer ever end?

The heat and humidity create challenges in caring for our herd. 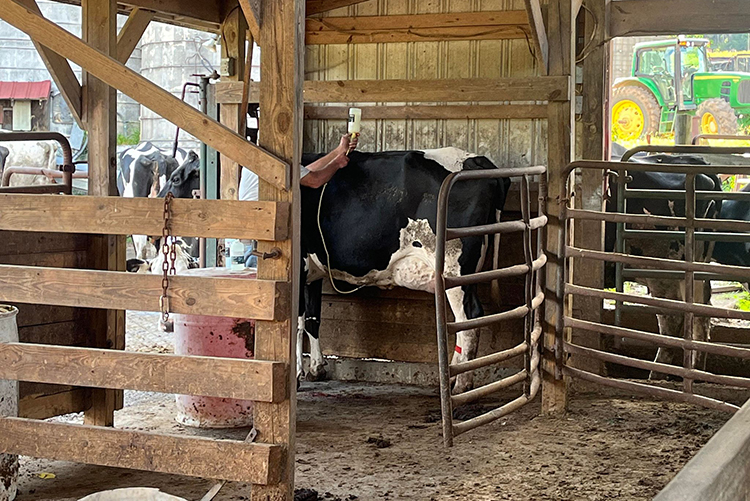 Summer has never been one of my favorite times of year. I know, I know, most everyone enjoys being outside in the sunshine, catching rays at the beach, not having to go to school, and the simple pleasures of warm nights out by the fire pit. As farmers, though, summer means hot, humid days. That brings crops to harvest and tend to, feed to be made, cows to send on vacation (turn dry), cows calving in, and above all else, sick cows. The hot, humid weather, specifically in August, is the perfect environment for bacteria growth. From mastitis to pink eye and Lord knows what else, this time of year is challenging to say the least.

In Virginia, we have spring for a week, summer for four months, fall for two days, and then winter. Usually by this time, we have cooler nights, but not this year. Right now, our girls are enduring 80- to 90-degree days and 80-degree nights. The temperature staying above 75°F all day causes havoc against a cow’s body, meaning they stay in a constant state of heat stress. We have fans in the barns and do all we can to keep them cool, but not only is the heat awful, the humidity is just as bad. It is suffocating.

No matter how cold the fans get, the humidity hangs in the air like a cloud ready to pour. The constant thunderstorms lead to wet bedding due to the wind blowing everything sideways. As the bedding gets wet, it becomes a petri dish for bacteria and viruses. Not long after it becomes saturated, the cows come in with mastitis.

The never-ending battle with mastitis is one that wears the most on me. From figuring out what kind it is to determining treatments to actually treating the cow, it can be tiresome. The medications I have used have been difficult to get, and I’ve had to go back to old methods. However, most of the cows are immune to those methods now or it’s not treating them like it should. This summer, I’ve had two cows lose their udders due to the infection, several become three-quartered, and several get better just to relapse. I know it comes with the time of year and I’ve been through this all before, but it’s still incredibly frustrating.

I am ready for summer to officially end. From mastitis to heat stress to the flies, it’s time for a heat break. We have fly control, but this year, their overabundance has led to a lot of pink eye in all ages. The poor calves are miserable, and we are doing all we can to keep animals comfortable on top of getting field work done. It’s time for a break, it’s time for cooler weather, and I am ready for flannels and sweatshirts.

Hope for the best, prepare for the worst
By Courtney Henderson, Virgina dairy farmer 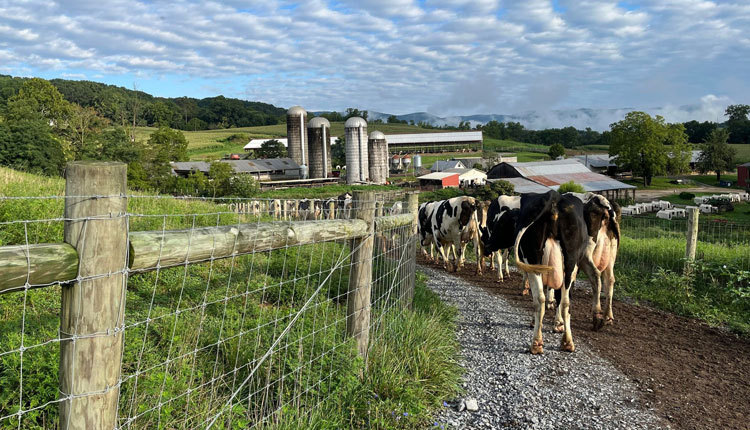 HD Notebook
What I see