A number of young Guernsey bulls, without official proofs, have daughters classified.

By Hoard's Dairyman staff   @hoardsdairyman
The Hoard Farm team headed up by Jason Yurs continues to be pleased with the performance of young sires' daughters. On October 20, a number of young bulls had daughters either scored for the first time . . . or very early in the evaluation process.

Oak Knob Maxie Laredo, a Dairy Belt bull with five scored daughters in his proof, saw that number double on October 20 when five daughters scored 84, 84, 82, 80, and 74, respectively. Daughters of this Marfred Maxie son had udder scores ranging from 84 to 74 and feet and legs scores from 87 to 78. Shown in the photo are the three highest scoring daughters from this bull eating at the headlocks. Our first three American Pie daughters now have classification scores, as well. Leading the pack is Dairyman AP Drempt score VG-84 with a VG-85 udder. She is shown in the photo. Some of you may recall that American Pie's dam, Indian Acres MM Pistachio Pie, was the 2007 Supreme Champion of World Dairy Expo. The other two AP's, a set of twins, scored 83 and 81. 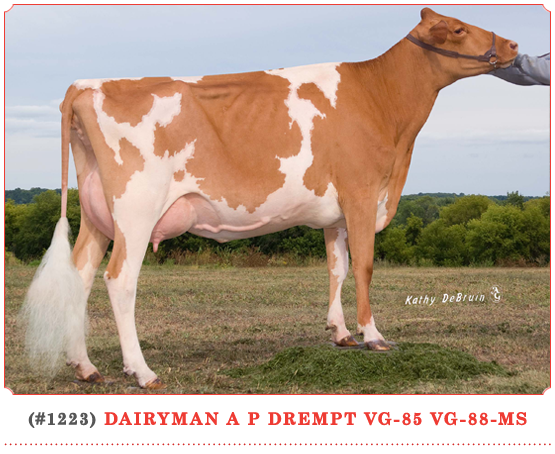 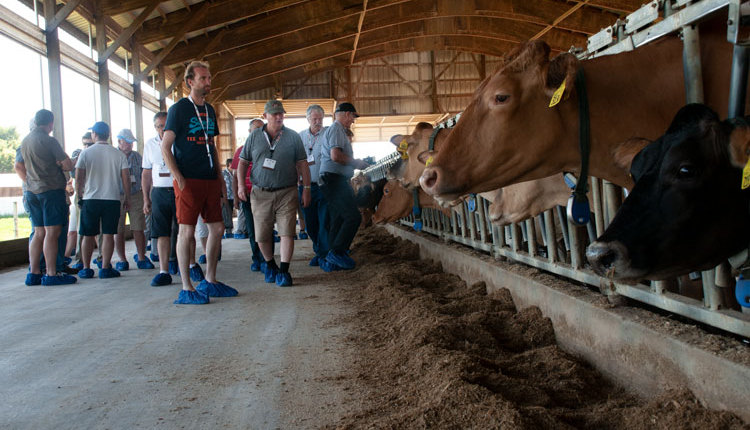