Will the future have room for you?

Fewer dairies every year is a certainty. Which ones stay in business is not

By Dennis Halladay, Western Editor
In the brief period that the number of licensed U.S. dairies has been tracked (19 years), the trend is as frightening as it is obvious: the total gets smaller every year. 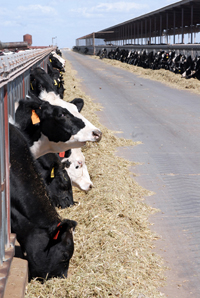 That trend is a warning for every milk producer who assumes they will be in business 10, 20 or 30 years from now. Simply put, getting to the future won't be easy.

Fortunately, the rate of decline has been just 2.9 percent for the last 10 years, but don't let it fool you. Over time even a small number will add up to a lot of former milk producers. For instance, if the rate of decline were to average just 2.8 percent per year from now on:

There are big implications here for almost everyone who is still in business at those dates. Fewer U.S. dairies may mean slightly fewer total cows, but it's very unlikely to mean less total milk. That means herds will be much bigger and production per cow will be much higher than today.

One of the biggest challenges producers face may be farmland. Will those who are still dairying own or have access to enough ground to provide an adequate supply of forage and to responsibly utilize all wastewater and solids?

Those who cannot answer "yes" may eventually find themselves part of the 2.8 percent.
Related