By Dennis Halladay, Western Editor
The U.S. isn't the only place where dairy producer opinion is divided about the actions and motives of their cooperatives. Not by a long shot.

My just-finished visit to New Zealand, the world's largest dairy exporting nation, coincided with a vote by members of Fonterra on whether to allow private sale of shares in the co-op. Fonterra accounts for about 90 percent of the country's milk production and about 48 percent of all dairy exports in the world. 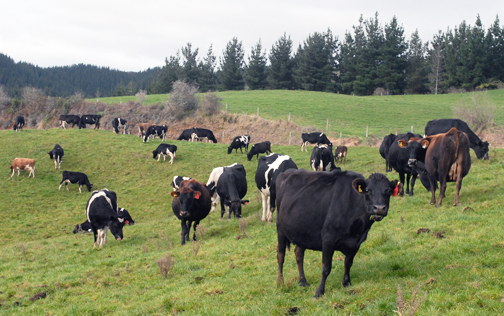 Fonterra requires producers to own shares in the co-op in order to sell milk. One share is needed for each pound of milk solids produced per year (fluid volume doesn't matter). Fonterra is required to buy back all shares (at a price determined by an independent committee) whenever a producer leaves the co-op. This means it has to keep large cash reserves on hand for redemptions – cash that Fonterra says can't be used for investments such as new plants and equipment.

Its "Trading Among Farmers" proposal was to allow anyone – including nonmilk producers – to buy shares at whatever price the market would bear. Nonproducer owners would receive dividend payments but would not be allowed to vote on co-op policy matters. An outside market for shares means Fonterra wouldn't have to keep such large cash reserves for redemptions.

Just like in the U.S., some New Zealand milk producers wondered whether all details and motives behind the complex and confusing plan had been divulged. Debate on both sides was lively. The biggest argument seemed to be that some profits from New Zealand dairying would go out of the dairy industry and perhaps even out of the country. Some predicted that investors would drive up share values, thereby limiting the ability of producers to expand or enter the business in the future.

The measure was approved by a 62 to 38 percent margin, which means that dairying in quiet, idyllic, pasture-based New Zealand is now much more complex than it appears.