Rather than low prices, a top cheese maker believes the reason is the system itself.

By Dennis Halladay, Western Editor
Not since the dairy farmer revolt in the mid-1960s that led to creation of the Gonsalves Milk Pooling Act and a statewide pricing formula in 1969, has there been such deep producer pricing anger in California as this year and last.
What is literally a revolution is underway to change or scrap the system before, producers say, it bleeds them to death financially.

For decades, debate has fallen strongly along producer versus processor lines. Producers say they need higher prices just to survive. Processors say without low prices they can't continue building plant capacity and competing in the marketplace.

Price hike petitions made by producers to the California Department of Food and Agriculture have historically been few, far between and small . . . if at all. 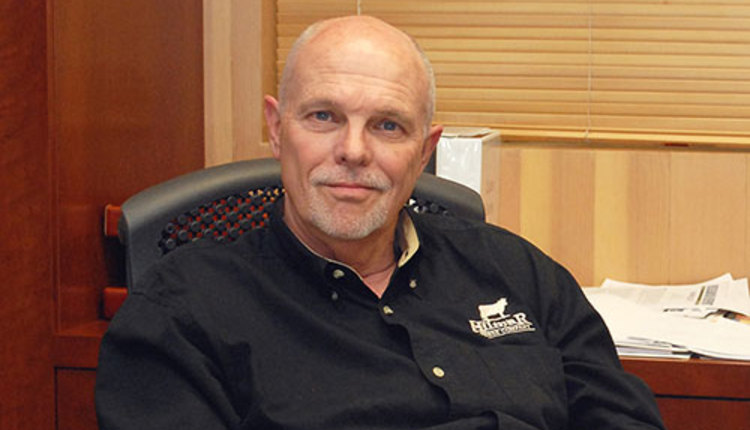 John Jeter
In addition to igniting discussion, it prompted a leading California cheese maker, John Jeter, president and CEO of Hilmar Cheese Company (pictured here), to offer his perspectives on the issue. His interview appears in the June issue of Hoard's WEST.

Many producers may be surprised to learn that Jeter agrees with Vanden Heuvel – that California's pricing system IS killing its dairies.

But he doesn't think the prices it generates are the reason. Instead, he believes the existence of any state-run pricing system is a bigger problem. Jeter says it is killing California's dairies because it doesn't inspire the new product investment, innovation and marketing that increases the value of producers' milk.

Jeter's interview is a fascinating read that not only illustrates why California producers and processors need each other, but also why they may not be too far apart.

The author has served large Western dairy readers for the past 36 years and manages Hoard's WEST, a publication written specifically for Western herds. He is a graduate of Cal Poly-San Luis Obispo, majored in journalism and is known as a Western dairying specialist.