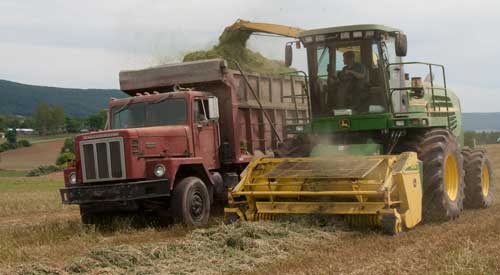 The problems with the public perception of GMOs are difficult to deal with, as noted in the February 17 Hoard's Dairyman Intel item, "Food E-Vangelists don't want truth on GMOs." As the article says, it is pure emotion on practically a religious level, the same reason that people accept creationism and reject evolution. Facts just don't matter.

It is difficult to conceive of a response that would arouse the same emotion, but maybe getting hit in the pocketbook will do something to change their minds. An example is organic produce that has adherents of the same kind, emotionally attached, but organic still hasn't made much headway because it is a lot more expensive, and especially under present economic circumstances, most people go with cheaper food. So, possibly the cost factor will combat the prevailing concept that somehow being GM is intrinsically harmful.

Having said that, there are some applications where particular GMOs are harmful because of the way they change farming practices. The main example is the herbicide resistant crops because they promote increased use of herbicides that get into rivers and streams and drinking water. Despite protestations to the contrary by the manufacturing corporations, herbicides do, in fact, have deleterious effects on animals. Contrast that with the use of Bt crops that reduce the use of insecticides, thereby reducing contamination of water supplies.