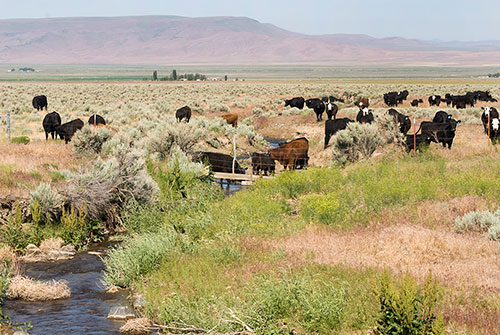 We also have a Clean Water Rule similar to the one detailed in "Water rule ignites a national firestorm." (June 15, 2015, Intel) It is the equivalent of the U.S. EPA called the Clean Water Accord.

In my opinion, it has been forced onto New Zealand dairy farmers by Fonterra. The rule had been a part of New Zealand legislature for some time, but just was not policed.

In New Zealand, nobody owns water. You do not have rights over any water; all waterways that are of any significance are public property except that owned by the Maori (natives). All waterways in New Zealand that flow year round (that does not dry up in the summer) have to exclude stock from entering at all times.

The Clean Water Accord was implemented July 2013, and we had a six-month deadline to reach of fencing all waterways and excluding stock from waterways by December 15, 2013.

The penalty for not completing this on time was the risk of suspension of right to supply to Fonterra. Eighty percent had been done by December 15, 2013, and 96 percent by three months later. All we got for our work was a silly A4 sized certificate. It certainly has not resulted in a better price for our products.

Every dairy in New Zealand must continue to comply with the Water Accord. Again, that means all of our waterways are securely fenced at all times.

For more on the Clean Water Accord, go to http://www.dairynz.co.nz/environment/in-your-region/sustainable-dairying-water-accord/