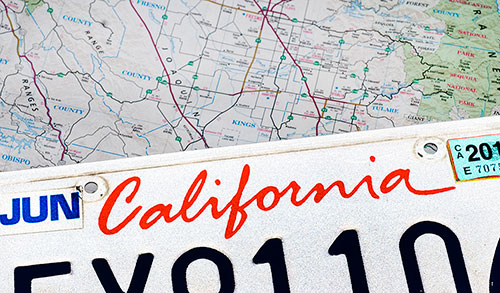 Talk about unintended consequences, here is one that lawmakers in the nation's biggest dairy state probably never saw coming:

The new ability of illegal immigrants to get driver's licenses has made the already difficult labor situation on dairies even worse.

Assembly Bill 60, The Safe and Responsible Driver Act (AB 60) that was passed in 2013, directs the California Department of Motor Vehicles (DMV) to issue an original driver's license to any state resident who is eligible for one, regardless of their immigration status. The law went into effect January 2, 2015.

California thus became the 10th state, plus Washington D.C., where driver's licenses can be issued to illegal immigrants. The other nine are Washington, New Mexico, Colorado, Utah, Nevada, Illinois, Maryland, Vermont and Connecticut.

According to FoxNews.com, Washington and New Mexico are the only states that do not require proof of legal presence in the U.S. to get a state license or identification, while the others give restricted licenses to people who can't prove they are in the U.S. legally.

According to New America Media, the California DMV has so far issued more than 500,000 driver's licenses to unauthorized immigrants under AB 60.

California dairy producers I have spoken to lately have unanimously agreed that immigrant driver's licenses and the mobility that comes with them are making it harder to find employees, and even harder to keep them very long.

"Immigrants have always tended to go to an area where a friend or relative lives," explained one producer. "Not having a driver's license meant they looked for jobs close by and stayed there, so when we hired someone, we were usually able to keep them for at least a few years.

"But all of that changed with immigrant driver's licenses. Now, we are seeing employees leave to take jobs outside the immediate area, especially in construction that pays more but moves around. Finding and keeping employees has never been easy, but now it's worse."