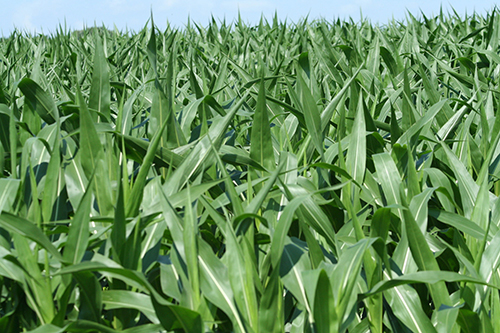 That only represents a 1 percent drop in value, but more significantly, it is the first time since 2009 that cropland values have gone down instead of up.

With steady year-over-year growth, it is a bit uncharacteristic to see cropland values move in the opposite direction. In reality, though, it's not all that surprising, considering corn, a major field crop, is likely to fetch a pay price below breakeven for the third year in a row.

While historically low corn prices are hard on crop farmers, they provide a bit of relief to dairy farmers facing low milk prices. Additionally, in states where cows need an abundant source of feed regardless of corn price, cropland values actually rose. In California, cropland averaged $10,910 per acre, up 2.1 percent from last year. In Wisconsin, values rose 4.3 percent to $4,900 per acre. The third largest dairy state, Idaho, saw an upturn of 3.1 percent to $3,300.