Milk alternatives may be bad for the brain 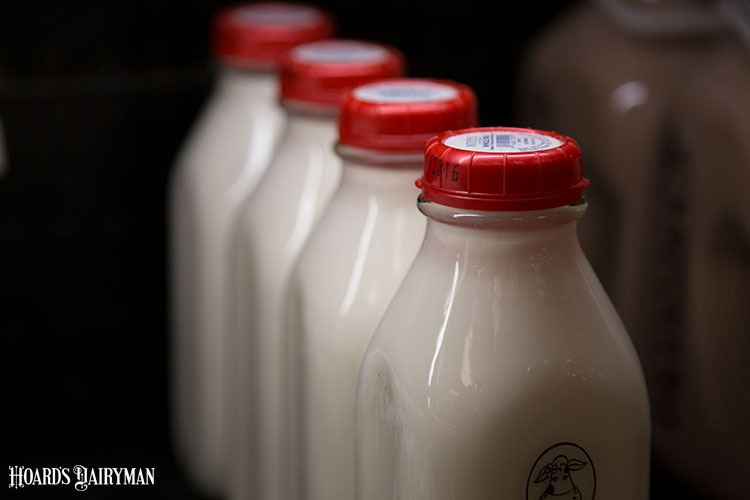 Science has unearthed another strike against dairy beverage alternatives.

Researchers from the University of Surrey evaluated the iodine content of 47 nondairy beverages, including soy, almond, coconut, oat, rice, hazelnut, and hemp “milk.” They found that most of these drinks did not contain adequate levels of iodine. In fact, these beverages only had about 2 percent of the iodine found in cows’ milk.

Iodine is absorbed in the thyroid gland and is needed for growth, energy production, nerve and muscle function, blood cell production, body temperature regulation, and more. It is particularly important during pregnancy for normal fetal brain development.

The recommended daily amount of iodine for adult men and women is 150 micrograms (mcg) per day. For pregnant women, the recommendation rises to 200 mcg.

This is a requirement that is met by most people in the United States, especially if their diet includes dairy. One cup of reduced fat milk contains 56 mcg of iodine. A glass of a milk alternative drink has just 2 mcg.

Yogurt, ice cream, and cheese also contain respectable amounts of iodine. Other decent sources are egg yolks, fish and shellfish, seaweed products, and fresh or dried fruits and vegetables. Iodized salt is another common source of iodine in American’s diets.

Iodine is not listed on food nutrition labels, so anyone avoiding dairy or on a low-sodium diet must aim to get enough iodine from other sources.

The results of this study were published in the British Journal of Nutrition.