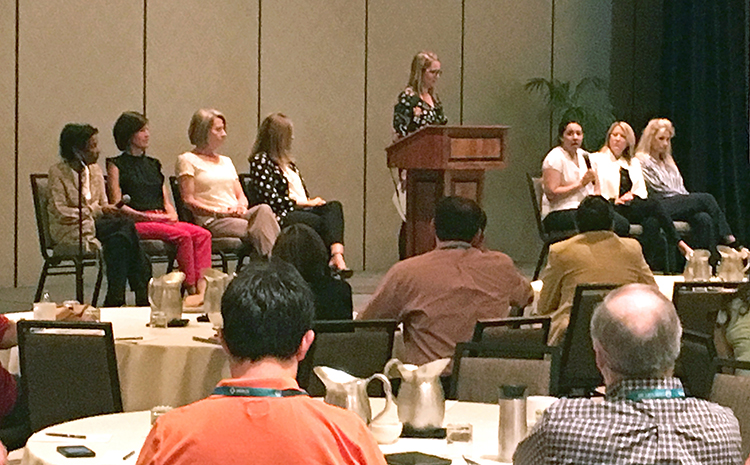 To say that most consumers know little about dairy farming might be generous — and rounding their average knowledge level down to zero might not be totally unfair.

Everyone who is involved in the milk industry understands this 21st century reality. And yet, when you see it up close, it still comes as a shock. Not to mention depressing.

The 200 or so people who attended the recent 2018 Dairy Cattle Welfare Council Symposium in Scottsdale, Ariz., got an earful of what the industry is up against during a panel presentation by seven local residents who discussed their food shopping practices and general perceptions about the dairy industry.

It was a unique highlight of a tremendously informative event.

Seven women, ranging in age from the 30s to 60s and all employed nearby, comprised the panel. They were, however, far from being an accurate socioeconomic snapshot of Arizona. But neither is Scottsdale. It and next-door neighbor Paradise Valley are two of the highest per-capita income areas in the state.

All but two panelists were married and/or had children at home. Only one was Hispanic. All do virtually all of the household grocery shopping. Most prefer multiple high-end stores and focus on "natural" products. There was no single shopping philosophy among them; organic, price-driven, locally produced, and “adventurous trial and error” were all mentioned.

Several volunteered that they are skeptical of advertising and label claims and about statements made by activist groups. The reason, they all admitted, is because they don’t have enough knowledge to know who is telling the truth, nor do they know where to go for reliable information.

On the subject of dairy cows and dairy farming, they also admitted to having no knowledge ­— and it certainly showed.

For instance, one woman said all she knows about dairy cows is what she sees from the freeway. Except her description of where she sees them led local audience members to identify the farms as beef ranches. None of them were even aware that Arizona has a big dairy industry or where most of the dairies are located.

What all seven did agree about is that pasture is one expectation they have for dairy cows. When told that it is the exception rather than the rule, it concerned them greatly.

The panel discussion could have gone on for hours and was eye-opening for the 100 percent dairy audience in a way that hearing about it or reading about it could not possibly duplicate. During the break that followed, by the way, each of the panelists was invited by at least one producer to come see their dairy.