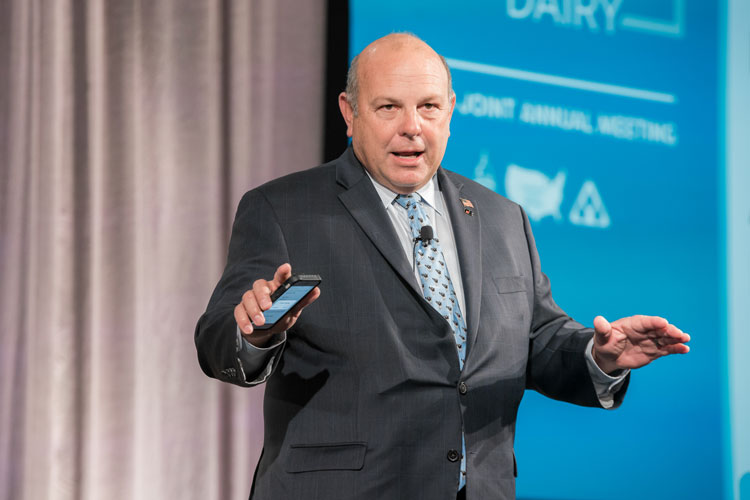 “When I look across agriculture, I don’t know if there is another commodity that’s had it tougher than dairy,” stated Zippy Duvall, president of the American Farm Bureau Federation, at the annual gathering of the National Milk Producers Federation, National Dairy Promotion and Research Board, and the United Dairy Industry Association held in Phoenix, Ariz., late this fall.

Part of those recent milk price issues and subsequent cash flow concerns have been caused by turbulent trade matters.

Just how much has trade been impacted?
Trade retaliation has caused these estimated losses for dairy farmers:

“We are committed to more, new, and better. Our staff knows we work for hardworking dairy farmers. We understand that dairy farmers are going through tough times,” added Vilsack.

As bad as it is for dairy, other commodities have it even tougher.

“However, consider yourself lucky, as for dairy farmers, there will always be demand for dairy products worldwide. That isn’t the case for other farm products due to retaliatory tariffs from China,” said Vilsack.

For U.S. cranberries, for example, tariffs from China are at 56 percent. According to some sources, Canada is now buying U.S. cranberries at a discount and repackaging them for shipment to China. That has been a revenue catastrophe for U.S. cranberry growers.