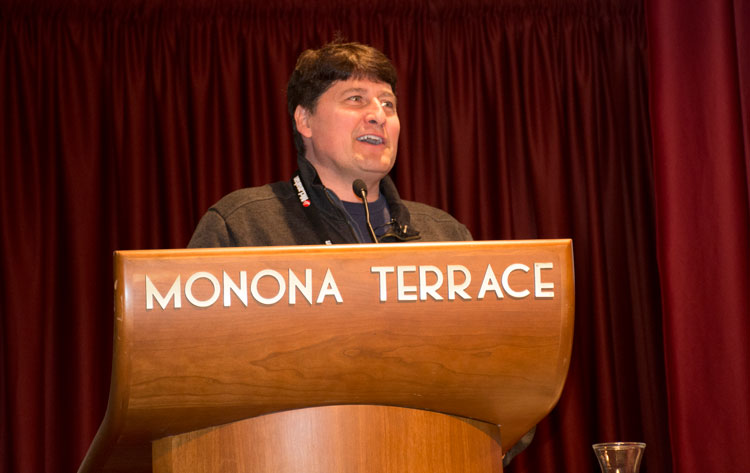 Kinnard Farms in Casco, Wis., could be considered an early adopter when it comes to bedding with sand. They began experimenting with sand bedding for their Holstein herd in the late 1970s.

“The cows loved it, but the family hated it. It was tough on machinery,” said Lee Kinnard during his presentation at the Dairy Business Association’s Dairy Strong conference held in Madison, Wis. However, he explained that since using sand, mastitis has been nearly eliminated from the herd, and their somatic cell count has consistently been below 100,000 in the 30-plus years since then.

“Sand has treated our family very, very well,” he said.

About 10 years ago, the family was milking 3,000 cows and using 50,000 tons of sand each year. “It wasn’t sustainable,” Kinnard explained, so they decided to put a system in place to collect, wash, and recycle sand.

In 2016, they went another step further and worked with McLanahan Corporation to design and install a sand dryer. Now, the recycled sand they are using is much drier, with just 1 percent moisture, for a cost of less than $1 per ton. In addition to these positive attributes, Kinnard pointed to some of the other benefits they did not necessarily anticipate.

For starters, he explained that the dryer is running at 160°F and basically pasteurizes the sand. This has lowered the organic matter in the sand to less than 1 percent.

Their already low somatic cell count has fallen even further, and so has the number of treated cows. Kinnard shared that for their current herd of 7,200 cows, they are able to routinely meet their goal of having less than one-eighth of 1 percent of milking cows in the treated group. “I attribute that an awful lot to the beds these girls are lying on,” he said.

With such low treatment rates, Kinnard is considering the elimination of antibiotic usage all together. Also, with a low cull rate typically in the high teens, the family has been able to use a lot of beef breeding within the herd to produce and sell more valuable beef calves.

Kinnard pointed out that because the sand is so dry, more of it does get pushed out of the stalls. However, their system is able to capture and recycle about 97 percent of the sand that is used, so that bedding is not wasted.

A fifth-generation farmer, Kinnard pointed out that his parents were very forward thinking, and sustainability was their mantra long before it was popular. Today, as Kinnard farms with his brother, Rod, sister, Jackie, and their spouses, they continue that focus on sustainability, and recycling and drying sand is part of that process.

“Sand is vital under those cows,” Kinnard said, “and we don’t have that love-hate relationship with sand anymore.”