Drink all the sludge in your plant “milk” 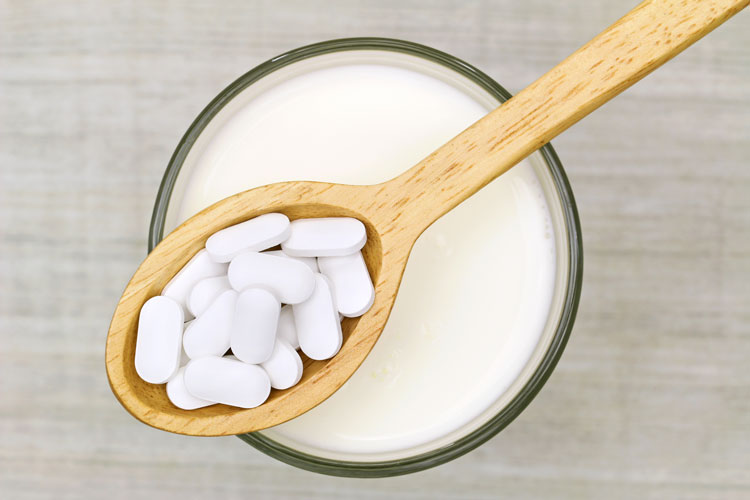 There are many reasons milk from mammals is called “Nature’s most perfect food.”

Delivering minerals crucial for human life is chief among those reasons.

Casein protein found in milk from mammals has a unique ability to hold calcium and phosphorus in suspension. Copycat, plant-based “milk” beverages lack this attribute.

“If consumers knew this story, they would not be drinking plant beverages,” stated Lloyd Metzger with South Dakota State University’s Dairy and Food Science Department.

Understanding the science
“Casein is a phosphoprotein,” explained Metzger. “That being the case, milk is always linked to calcium and phosphorus. It’s the casein protein that keeps calcium and phosphate in suspension and delivers these vital minerals to the digestive tract.”

That’s not the case for plant-based beverages. Processors essentially grind up calcium carbonate or calcium phosphate from rock mineral sources and add it to the plant-based liquid.

“That’s why it says SHAKE WELL in capital letters,” stated Metzger of the plant beverages such as soy and rice “milk.” The “shake well” is an attempt to bring the fortified minerals into suspension. But it isn’t working.

Shake and shake and shake some more
Creighton University researchers developed a test to measure the sedimentation of calcium in beverages and analyzed milk and several soy and rice beverages.

What did they find?

In some cases, that “sludge” at the bottom of the bottle contained more than 70 percent of fortified or added calcium and phosphorus that manufacturers claimed consumers would ingest and digest.

“On inspection of the container, a dense sludge was found in the bottom of cartons, which required vigorous, prolonged agitation to suspend,” wrote Creighton researchers about their research published in Nutrition Today. “While the cow milk substitutes carried a ‘shake well before opening’ instruction, in our hands, casual shaking would not have sufficed to suspend most of the sediment,” the scientists continued.

The conclusion?
“Consumers would naturally believe they were absorbing from the labeled serving content of calcium about what they would have absorbed from one serving of cow’s milk, when in fact something less would be the case,” said the researchers, who included a medical doctor and a dietitian.

“What seems to be clear from this very simple study is that the state of calcium fortification in various beverages is at best quite uneven, and it would likely result in less calcium delivery into the body than the calcium content of the beverage itself would suggest,” said the Creighton team. “This is particularly true for beverages in which the fortificant settled out into the bottom of the container on the supermarket shelf, altogether apart from whatever may have been intrinsic absorbability of the sediment.

So much for building strong bones and teeth.