A great superhero needs a great super villain. To be candid, I’ve never had a more difficult time trying to think about the outcome of an upcoming year’s milk price battle as I have at this moment.

On the one hand, we have an economy that seems to be on the brink of slowdown or perhaps recession. This situation would typically signal weaker milk prices. On the other hand, we have slowing milk production with currently stable demand that is drawing down stocks even in the face of trade wars. This scenario should support higher milk prices.

Who wins this conflict . . . the high-price hero or the low-price villain? 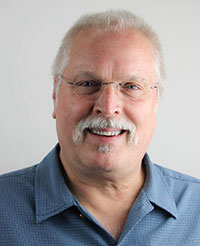 The long-term interest rate has fallen below the short-term rate. This usually signals that investors think we’re okay, for now, but they are concerned about the future.

We also see the ratio of wealth — the value of investments like the stock market or home values — growing much faster than income. Both of these indicators often forecast recession . . . not just a slowdown in the economy. Historically, recessions have not been good for dairy consumption.

Markets are also looking outside of our borders. Germany experienced negative gross domestic product (GDP) largely because export sales suffered. And, the United Kingdom and France have barely positive GDP growth. We really don’t need the world to slide into recession like it did in 2008 and 2009 when these indicators were pointing in the same direction.

Milk prices have been grinding their way through a five-year stagnation. We can really see the impact as farm exits have accelerated when compared to the long-term pace and milk production has slowed. In fact, milk production for the first half of 2019 was below levels from the same months of 2018. Dairy demand, with the exception of beverage milk, has continued to grow modestly, so the only way that the books balance is by drawing down our stocks of storable dairy products.

HOW DOES THIS PLAY OUT?

Even with our trade wars being waged, we are finding support for some of our dairy export sales. Overall, dairy export volume was down about 14 percent for the first half of 2019. Much of that was loss of whey sales to China, but there have been some gains, too, to countries of Southeast Asia and Mexico. Several countries, like South Korea and Japan, have notably elevated imports of cheese from the U.S.

The total volume of product may be down, but the value of exports is actually slightly up. Now, if we can just conclude a few of these trade agreements, the export front would be an even brighter picture.

Our competitors for exports have been having problems, too. The European Union has been excessively hot this summer and that has taken a toll on their milk production. Oceania has been feeling the impact of a mild El Niño, and dry pastures in Australia, for most of the year, and in the last half of New Zealand’s season have put a damper on their production.

If this was a Marvel movie, the battle might really be epic, but the outcome would never be in doubt — the good guy always wins. But this isn’t comic book fiction, and there have been plenty of casualties in this battle. 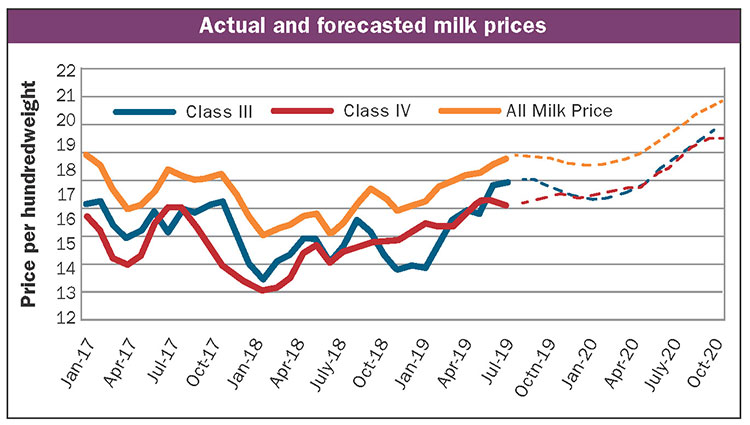 I’m prepared to forecast the outcome differently than the futures markets currently sees it. As of now, the futures market is forecasting a Class III price for 2020 in the mid- to high-$16 range. My forecast is running well ahead of that and believe that there is room for Class III to average above $18 and to grow through 2020.

I get to my higher price forecast because I think that by the end of the year the markets may feel tight to product buyers. Buyers may rally for a couple of reasons:

Early purchases to beat the competition hasn’t started yet, but I think that folks are getting nervous about dwindling stocks and may soon begin buying for the Thanksgiving through Super Bowl demand.

I actually have Class III prices up by about $1.70 for 2020 and Class IV up by $1.64. That doesn’t put us back in a 2014 price range, but it would be the recovery that we have been expecting for the last couple of years. Let’s hope that 2020 brings a close to our price stagnation. 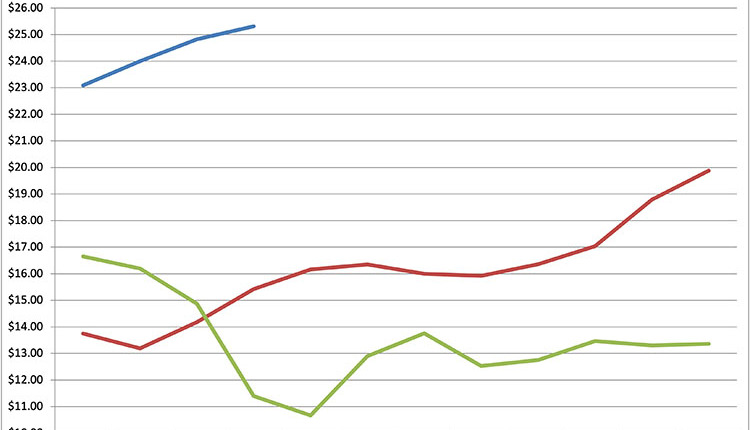