As new technologies emerge, milking cows robotically continues to gain interest and adoption, but there’s a gap between research and farm level application. Most land grant universities do not manage robotic milking systems, so controlled research on intensive management of robotic dairy systems is somewhat limited.

To address some of these questions, the team at Vita Plus Loyal conducted a survey of 32 Upper Midwest dairies during the summer of 2018. 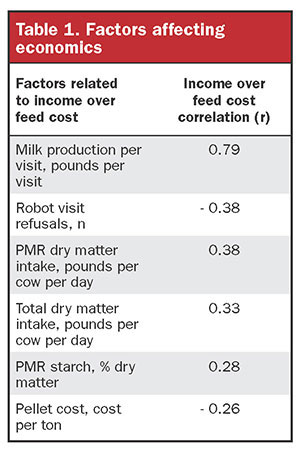 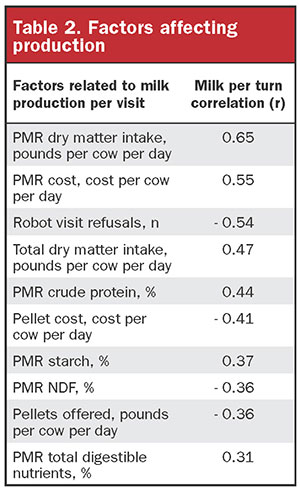 Robot herds feeding more nutrient-dense PMRs and where cows were bedded with sand had greater milk production per visit, which appeared to raise income over feed cost. Results from this survey suggest many dairies with robotic milking systems are successfully feeding low-cost robot pellets and, by doing so, are bolstering their bottom lines.

What works best for cows milked with robots
Features
Related to:
nutrition, robots, milking
In Nutrition