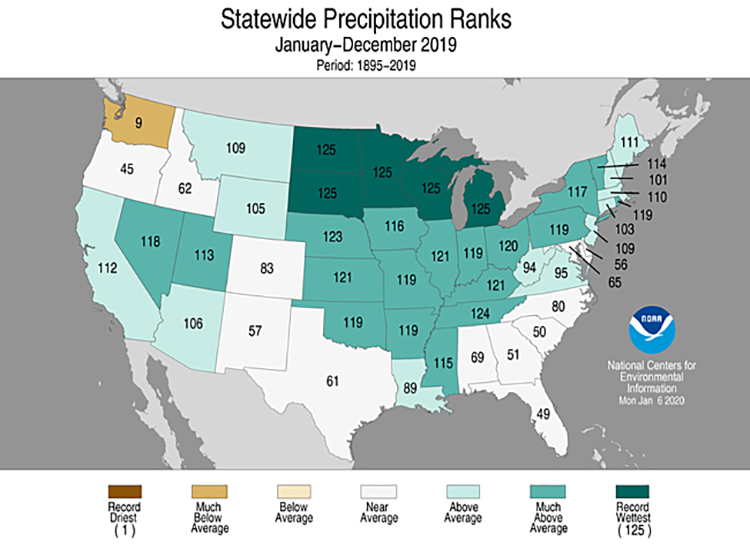 For many farmers, 2019 will be remembered as a constant battle.

Just how big were those battles?

Five states set rainfall records in data tracing back to 1895.

That’s according to the National Oceanic and Atmospheric Administration (NOAA) and its National Centers for Environmental Information.

In the rankings, states with high numbers indicate record wet conditions. The highest achievable number is 125 . . . signifying a record.

If you were located in the Ohio, Mississippi, or Missouri River regions, your state most likely experienced a top 10 rainfall event.

The wettest of the wet . . . Wisconsin, Michigan, and Minnesota . . . rank second, sixth, and seventh, respectively, for milk production.

As for the rainfall record?

Americans have a complex relationship with fat
By Corey Geiger, Managing Editor