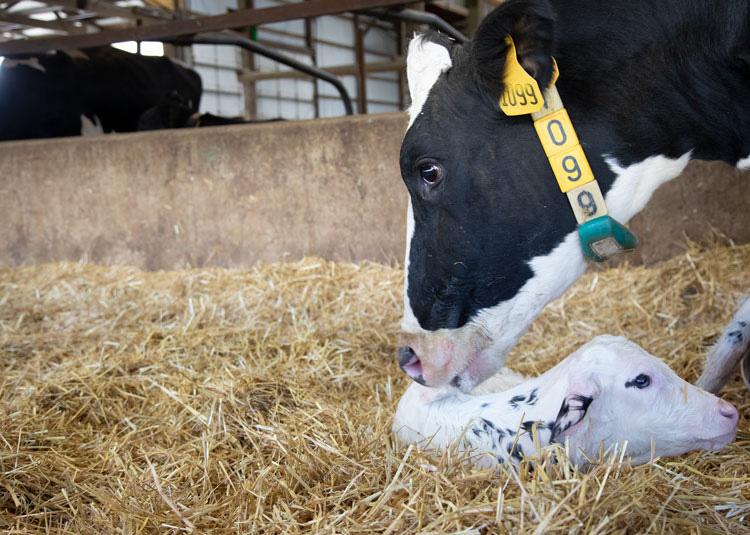 Dairy herds have made great strides in reproductive efficiency over the years. One only has to look at numbers from just two decades ago to note these remarkable improvements.

During our May Hoard’s Dairyman webinar, University of Wisconsin-Madison’s Paul Fricke first shared data from 1998 when the mean 21-day pregnancy rate for herds in the U.S. was 14%. “Twenty percent was the pie in the sky goal,” he said. “Very few farms could actually do that.”

Fast forward to 2019, and Fricke showed that the mean 21-day pregnancy rate is now 21.6%, with some herds achieving 30% and even 40% pregnancy rates. “These herds simply did not exist 20 years ago,” Fricke said.

This ability to get cows bred sooner has shifted the pregnancy rate goal for farms from 20% to 30%. “If we are not above 20%, we have a problem, because we have the tools, technology, and management to get it there.”

At a lower conception rate, Fricke explained that the only way to improve reproduction is to breed cows a lot of times. In 1998, it took six inseminations in order to get 91% of cows bred. With today’s average conception rate of 50%, 90% of cows are pregnant after just three services.

What has led to this notable improvement? Fricke pointed to two technologies he believes have had the most impact on these numbers:

While these programs can be utilized individually, Fricke said many farms have adopted both. In fact, he pointed to the 2017 winners of the Dairy Cattle Reproductive Council’s reproduction awards. None of the Platinum level herds, with pregnancy rates averaging 30% to 47%, relied solely on timed A.I. or solely on estrus detection with activity monitoring.

“Putting those two tools together seems to be a very powerful way to get very good reproduction,” he said.

Reaching the high fertility cycle
In the webinar, Fricke also introduced a concept called the High Fertility Cycle, which involves getting cows bred back quickly.

“If you can get your cows pregnant quickly, at the end of the voluntary waiting period, there is less body condition loss, and that seems to be correlated very strongly to the fact that that those cows have fewer health issues, higher fertility, and reduced early pregnancy loss,” Fricke explained.

Achieving this goal goes back to utilizing the tools that have already made substantial improvements in pregnancy and conception rates. “One of the ways to do that is to take advantage of the programs, protocols, and technologies we have for reproduction,” Fricke said.

To learn more, watch the archived webinar, “The implications of high pregnancy rates on reproductive management strategies,” on our website. This webinar was sponsored by Neogen.