How a milking liner is made

By Abby Bauer, Senior Associate Editor
In today’s modern dairy world, milking equipment is an essential part of the milk harvesting process. Nearly every lactating cow is touched by a milking machine at least two or three times per day.A seemingly simple yet absolutely necessary part of a milking machine is the milking liner, also known as the inflation. This component is what encompasses the teat and expels milk from the udder. It takes careful production and many quality checks to ensure this piece of the milking machine can do its job well.BouMatic in Madison, Wis., produced more than 3 million milking liners last year. Hoard’s Dairyman had the opportunity to visit their plant and learn about the milking liner production process. 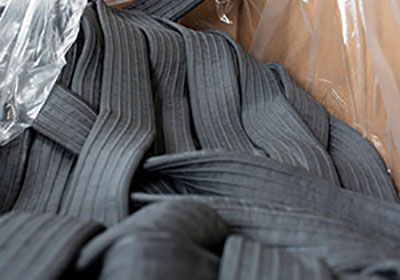 1. Many milking liners are made from rubber. The BouMatic plant receives 25,000 pounds of rubber per week from a supplier. The material is brand new, and it goes through a series of lab tests to check for quality before the production process begins. 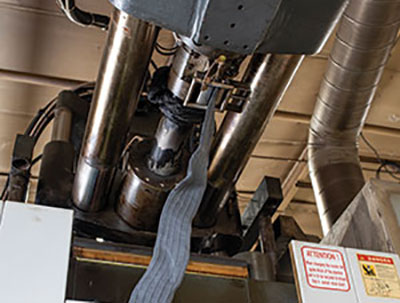 2. The rubber is fed into the injection unit. This is where the liner is formed. The rubber is heated in excess of 300°F, and the injection unit fills the cavity of the mold. The molding presses are rated to provide between 200 and 400 tons of pressure. Each production cycle lasts about 7.5 minutes, and either 12 or 18 liners are made at one time. 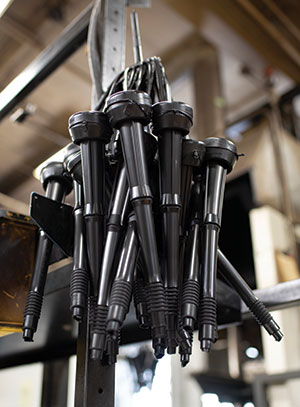 3. When completed, the liners are removed from the injection unit by the operator using a sleeve and air pressure. Liners must be removed quickly so that the unit can be closed again; otherwise, the temperature for the next batch may be affected. The liners are then hung for curing. 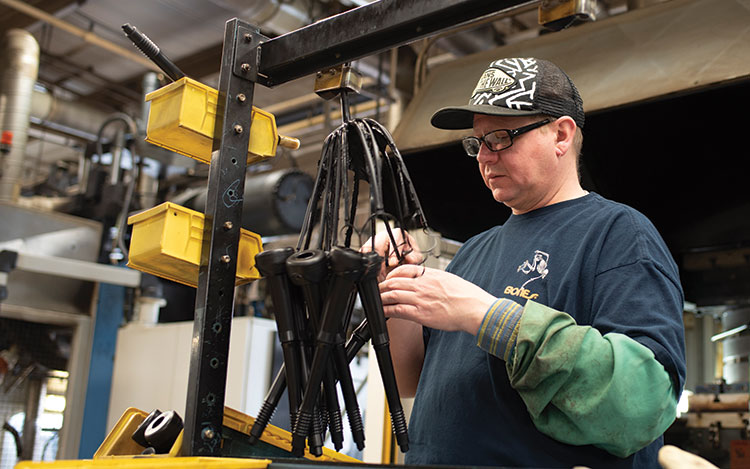 4. Once cured, the liners are clipped from the web and each one is inspected carefully. 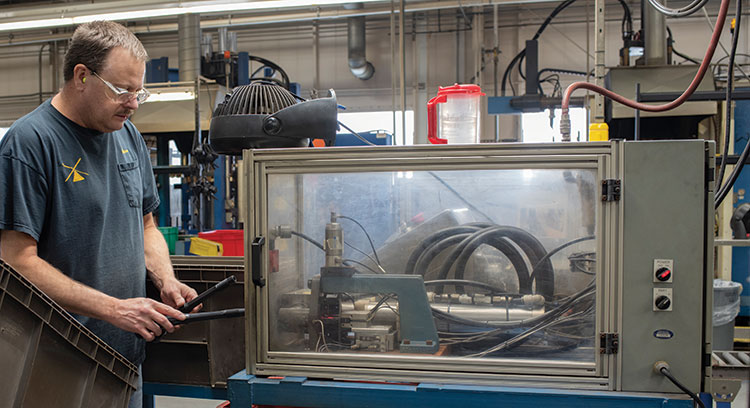 5. Next, each liner is imprinted with a code. This code traces back to the cavity and press used to make the liner and the box of rubber it came from. 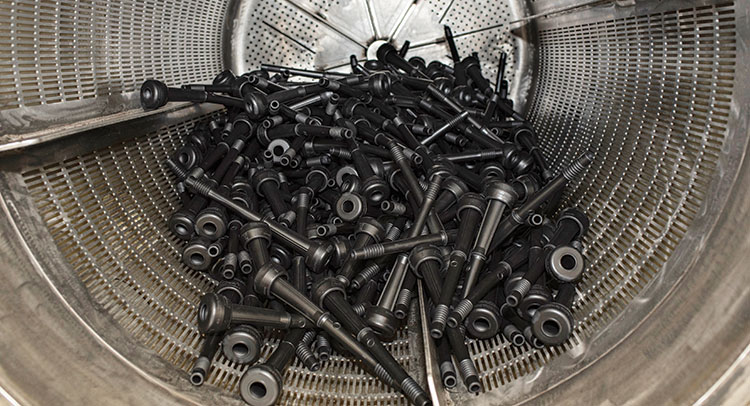 6. The liners are then given a bath in a machine called the chlorinator. This step takes the “stickiness” off of the rubber. A heat cycle is used to dry them. 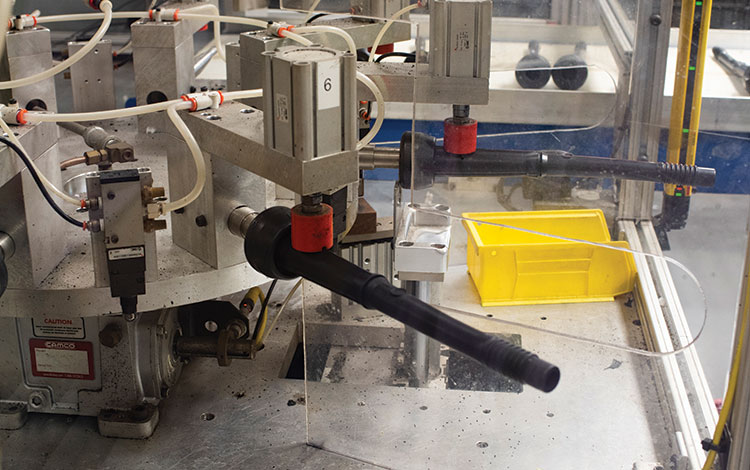 7. Liners that need to be vented move on to the next step. The liners are placed on a conveyer belt and fed into a laser machine by an operator. At the first stop, a hole is made in the liner. Next, lubricant is applied to the hole. At the third stop, th 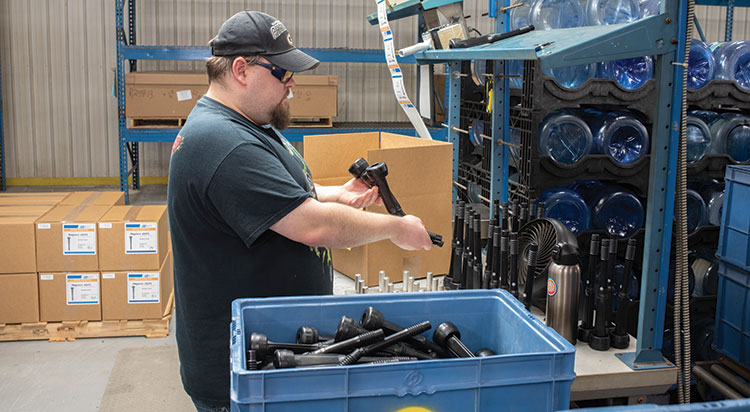 8. All liners, vented or nonvented, then move on to be packaged. The liners are once again inspected, and then they are placed on pegs in groups of 50. Two of these groups are then put into a box, taped up, and stacked on pallets. Each box is labeled with the part number and lot number so its origin can be tracked. 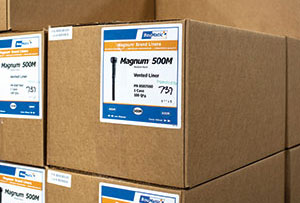 9. A quality control technician will take several boxes of liners, open them up, and count and inspect the labeling and each liner. Once approved, boxes of liners are shipped to distributors around the country and the world. 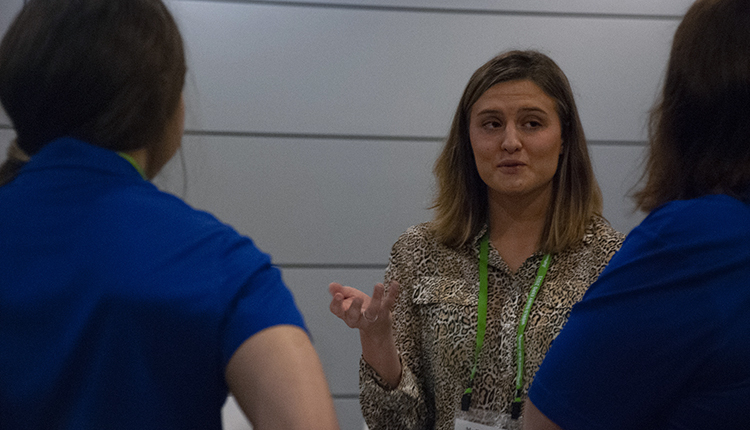 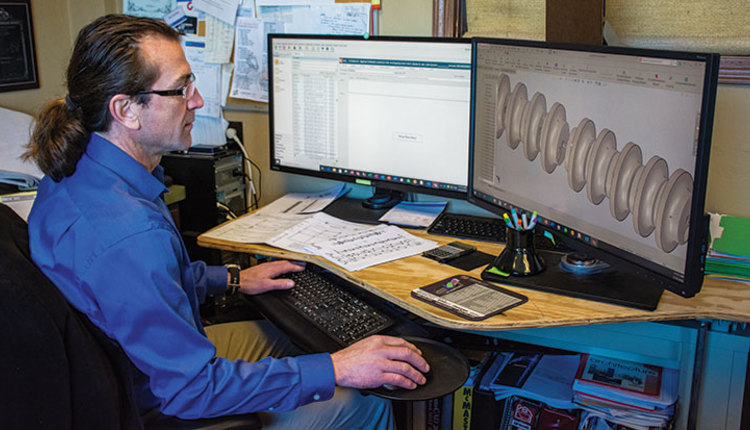 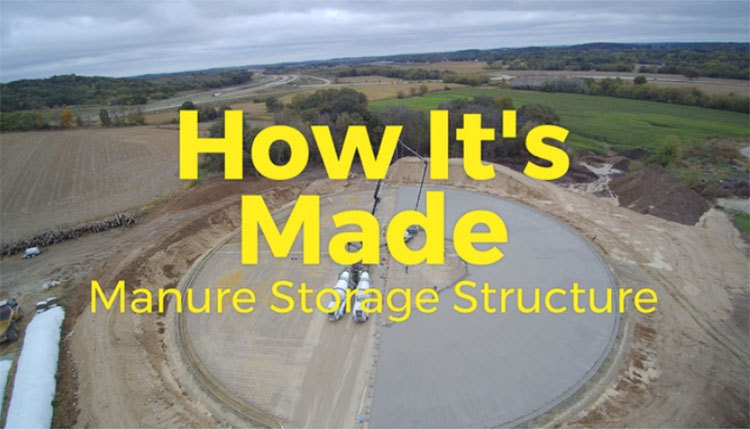 How a manure storage structure is made
By Abby Bauer, Senior Associate Editor