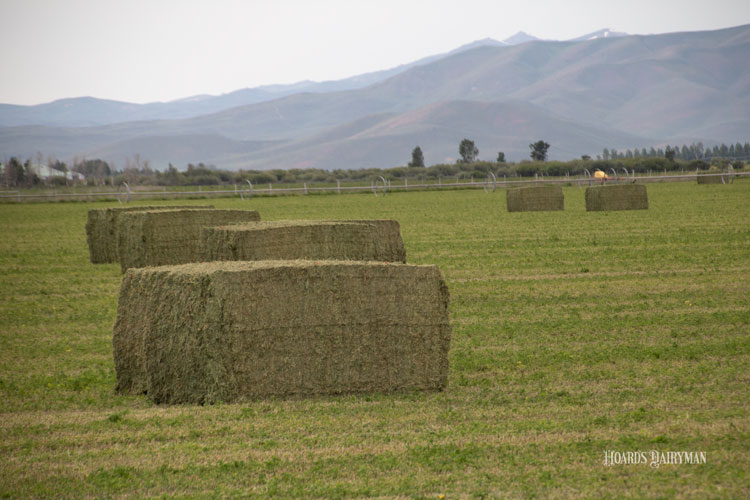 While dry hay once dominated alfalfa production, certain parts of the country have come to rely more on alfalfa haylage over time. The production of alfalfa haylage is difficult to get a handle on, though, since USDA data for alfalfa only reflects dry hay production because that is the metric reported in all 50 states.

“Not all states track alfalfa haylage. In fact, only 17 do,” explained Mike Rankin, managing editor of Hay & Forage Grower magazine. “To really make valid comparisons of alfalfa acres, you need to throw in alfalfa haylage, especially in states where haylage is a big deal, maybe a bigger deal than dry hay is.”

Between 2005 and 2019, alfalfa acres dedicated to dry hay fell by 33% in those states tracking haylage. “I don’t think that’s a surprise to anyone, especially in the Midwest and East, where haylage has become a more common form of alfalfa harvest,” he explained. “Out West, alfalfa hay is still a very, very big deal.”

Acres for alfalfa haylage also declined during that time period, but by a smaller margin, down 18% over 14 years. Meanwhile, acres used for corn silage production in these 17 states were up 14%. “Most of this decline in haylage is probably getting taken up by this increase in corn silage,” Ranken predicted.

The most significant loss of alfalfa hay acres took place in California. As recently as 2009, Rankin said the Golden State had a million acres in alfalfa. This year, that number is predicted to be 350,000. “That’s a really dramatic decline, with a lot of these acres being taken up by nut trees,” he said. “If you look at a graph for almonds, it would be going in the opposite direction.”

As for quantity and quality of forages for 2020, Rankin said adequate to excess inventories exist on most farms, with the exception being in non-irrigated Western and Eastern regions impacted by long-term drought. Forage quality also appears to be as good or better than last year.

To hear more of Rankin’s evaluations on the 2020 crop, watch the November Hoard’s Dairyman webinar, “A feed and forage outlook.” Also presenting was Mike Hutjens from the University of Illinois. This webinar was sponsored by Kuhn.