The true meaning of net energy for lactation 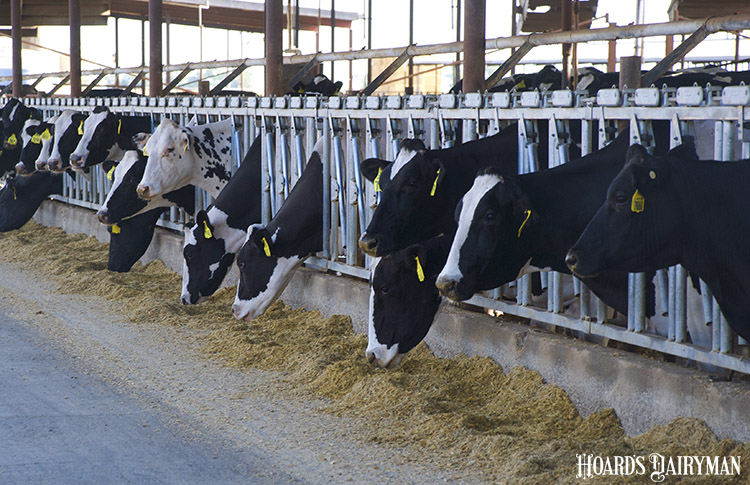 When talking about dairy cattle rations, it would be easy to assume that net energy for lactation (NEL) refers to the energy in a diet that is used to produce milk. However, that is not completely true.

During the August Hoard’s Dairyman webinar, Bill Weiss explained that NEL actually involves all the energy in a diet that is useful to the cow. “It’s much more than just the energy used to produce milk,” shared the professor emeritus with The Ohio State University.

Not all of the energy found in feed is utilized by the animal; there are losses along the way (see figure). Gross energy (GE) represents the total energy available in feed. Some of that energy is lost as fecal energy. What remains is considered digestible energy (DE), which is the energy that gets into the cow. Weiss said some of this energy is excreted as urine or is lost as methane energy. 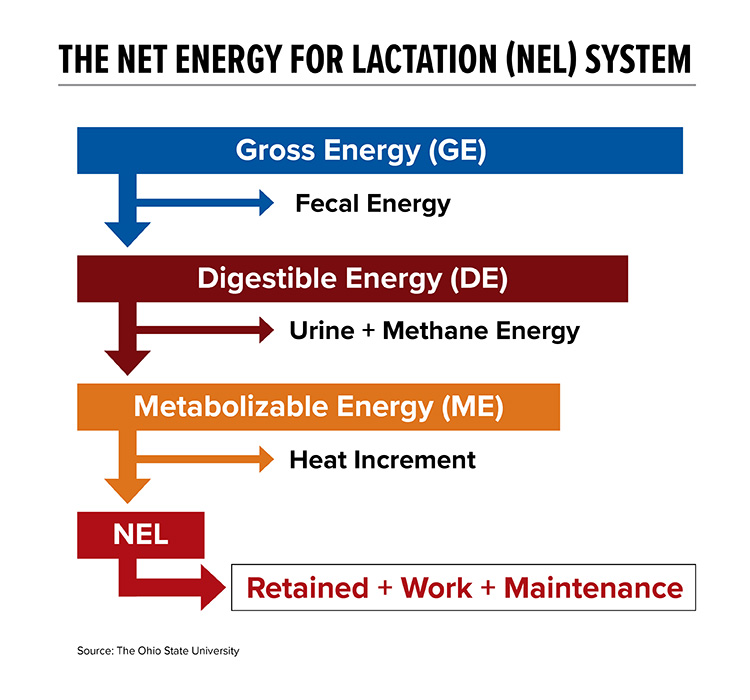 After those losses, what is left is metabolizable energy (ME). “This is the energy that gets into the cells,” Weiss said. Cells produce something with this energy, but he reminded that there are inefficiencies, and some of this energy will be lost as heat. Once those losses are subtracted, the remainder is NEL, which is the energy a cow uses to live.

To learn more about energy in dairy rations, watch the August Hoard’s Dairyman webinar, “Estimating energy supply and requirements of dairy cows.” This webinar was sponsored by QLF.